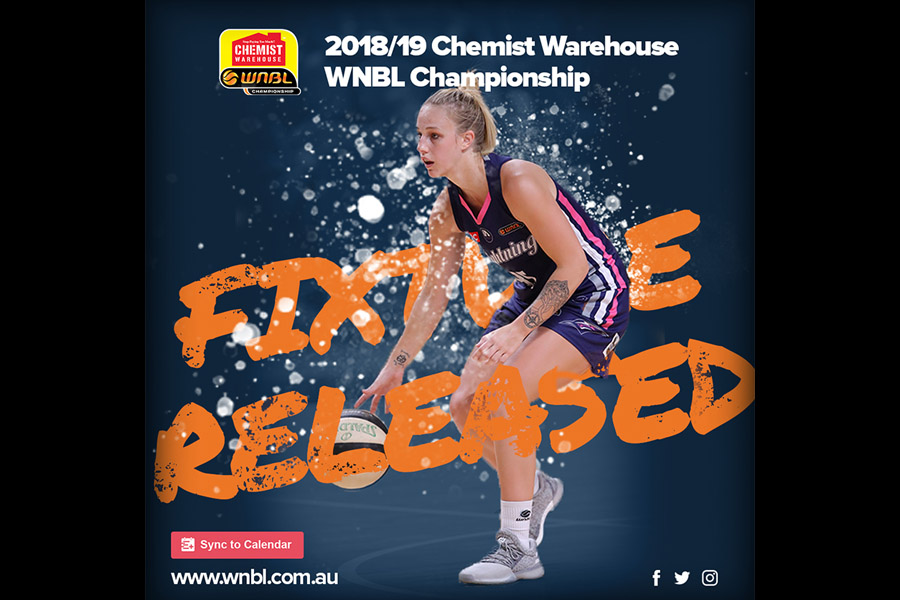 Adelaide fans are in for a treat, with Lightning hosting five double headers with the 36ers at Titanium Security Arena this season.

In the 2018-19 Chemist Warehouse WNBL fixture released today, Lightning will open their season against Lynx in Perth on Saturday, 13 October.

It promises to be an exciting new era for Australia’s longest running elite female competition, which celebrates its 38th year with a brand-new naming rights partner in Chemist Warehouse.

FOX SPORTS Australia will again broadcast one live game during the 15-round regular season, as well as every finals game.

“Our new partnership with Chemist Warehouse and broadcast partnership with FOX SPORTS Australia means that basketball fans will be provided with fantastic opportunities to see and engage with our amazing athletes.

“We truly believe that you can’t be what you can’t see, so we are extremely grateful for the support we’ll receive from Chemist Warehouse and FOX SPORTS Australia across the 2018/19 season.”

The 15-round season will see the return of stars Leilani Mitchell, Marianna Tolo and Steph Talbot to the league as well as some exciting new additions with powerhouse imports.

Championship winners the JCU Townsville Fire will host a Grand Final replay against the Deakin Melbourne Boomers on Sunday November 11.

The 2018/19 regular season will conclude on the weekend of January 18, before two best-of-three semi-final series that will be played between the top four teams from January 26 – February 7.

The Grand Final Series, scheduled from February 10 – 17, will also be played across the best-of-three games with all finals series games being played in a home-away-home structure.

To ensure fans can keep track of the exciting season ahead, the 2018/19 fixture can now be downloaded directly to a smart phone or mobile device thanks to ECAL.

Sync the fixture to your mobile device’s calendar: https://bit.ly/2Mnif2H