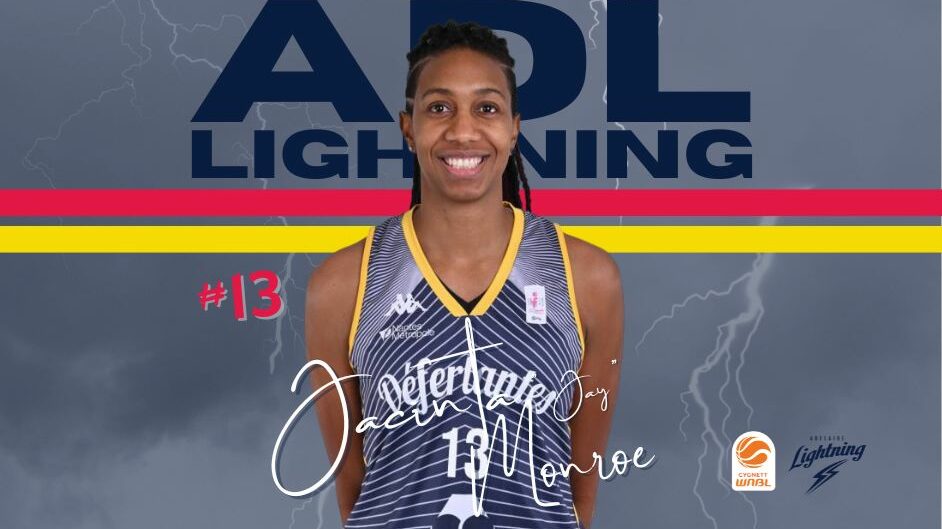 The 34-year-old, left-hand shooter joins Adelaide Lightning after an impressive season with Flammes Charleville, France where she had a 90.9 FT% and 54.7 2PT%, this topped off a stellar season with Ramat HaSharon in Israel where she averaged 16.1ppg and 10.1rpg.

Originally from Fort Lauderdale, Florida, Monroe graduated from Florida State University in 2010 where she went on to be drafted into the WNBA playing for the Washington Mystics and the Seattle Storm.

Head Coach Nat Hurst is looking forward to welcoming Jay into the fold, “It is exciting to have someone with so much international experience join the squad,” Nat said.

“Her on and off-the-court presence will push our group in the right direction. Keep an eye on Jay, she will be on to watch in the league this season.”

Jay, who has been playing in Europe for the last ten years is excited to have arrived in Adelaide ahead of the 22/23 WNBL season.

“I am thrilled to be playing another season, especially for such a successful Club. We have a great group, from the owners and coaching staff to new teammates. I am really excited to be part of what we are building this season.

“Jay is a high IQ athlete on and off the basketball court. Her knowledge of the game and her ability to make her teammates better is an exciting proposition for our team. Her length, defensive presence and shooting will be exciting to watch.”

Adelaide Lightning will play their first home game at the Adelaide 36ers Arena on Saturday, 19 November.

The full fixture is available here.

Memberships can be purchased here.