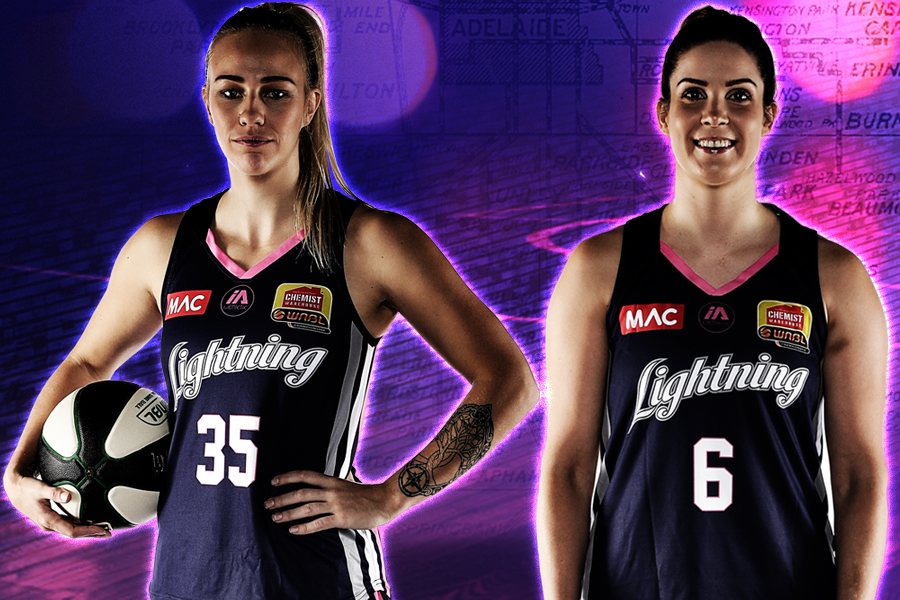 The pair were voted in to the role by teammates and will be supported by US forward, Colleen Planeta as vice-captain.
Coach Chris Lucas is thrilled with the appointment of the co-captains and is confident his team made the right choice.
“It was a difficult decision because there are a number of players with great leadership qualities, so we decided to let the team choose who they wanted to lead them.

“The coaching staff and I are very happy with the decision. Nicole and Steph complement each other very well and are both high quality people and great leaders,’ Lucas said.

Blicavs, who captained the Dandenong Rangers last season, is thrilled at getting the nod from her teammates.

“It’s really nice to be voted in by my peers. It’s a nice feeling knowing the team want you as their captain, not just the coaching staff,” Blicavs said.

Seekamp, who was named Lightning’s Most Valuable Player of the year, echoed Blicavs’ thoughts.

“It’s an honour to be named co-captain of the club and being selected by your teammates makes it extra special. It’s good to know they respect us as leaders and it makes us feel confident in what we bring to the team,” Seekamp said.

The co-captains, who shared in gold medal success with the Opals at the start of the year on the Gold Coast, have a clear plan of how they will lead the group together.
“We have a balance. Steph is super positive and knows how to bring everyone together, whereas I’m more tough and give the constructive criticism,” Seekamp said.

“Nicole is in charge of the half-time rev ups,” Blicavs said with a laugh.

“We’re lucky because we have a lot of experience in our team and there are a lot of leaders, so it’s not necessarily just us taking charge,” Blicavs added.
Adelaide Lightning face Bendigo Spirit this Sunday afternoon at 3.00pm at Titanium Security Arena. Entry to the game and all standalone Lightning games this season is free.