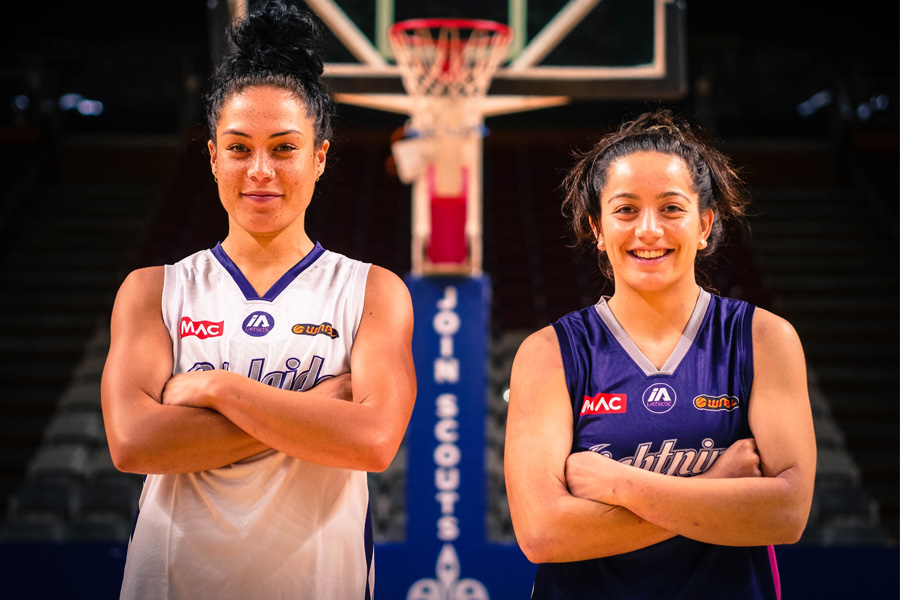 Adelaide Lightning have strengthened their 2018-19 roster, signing Mikayla Pirini and Ashley Taia.
Pirini returns to Lightning after playing for the club in 2015-16.

The 22-year-old started her professional basketball career at the West Coast Waves, now known as Perth Lynx, in 2013 as a development player. She played two seasons for the club, before signing with Lightning for a season.

The 168cm guard then made the move to Victoria and played two seasons with the Diamond Valley Eagles, before returning home to join the Lynx as a development player.

The New Zealand born basketballer, who grew up in Perth represented Australia at the 2013 Australian Youth Olympic Festival, where she won a silver medal in the women’s 3×3 competition.

She then went on to win a bronze medal with Australia at the 2015 FIBA Under-19 World Championship in Russia.

“She’s been a development player in a number of programs including Adelaide and now I think it’s her time.

“She’s looking for an opportunity and I think she’s still very young and a developing point guard, but she gives us some support in that area if needed,” he said.

Pirini is joined by Ashley Taia, a 182 cm guard from Brisbane, who has played club basketball for the Southern District Spartans and this year won a QBL Championship with the team.

Taia signs with Adelaide Lightning following at three-year college career. The 23-year-old played a season with Odessa Community College in 2014-15, before transferring to Indiana State Sycamores for two-seasons.

Taia led the Sycamores in scoring in 2016-17, averaging 12.1 points and 4.9 rebounds per game. She also led the team in steal recording 60 and was named in the All-MVC Honorable Mention team.

Lucas is thrilled to have Taia on board for the 2018-19 season, describing her as a surprise package.

“She’s athletic, she’s a big guard and can play multiple positions and I think she adds to the flexibility of our group.

“She shoots the ball well, she’s a very good passer of the ball and I really like how active she is defensively. I think she really adds depth and flexibility to the group,” he said.

Lucas explained a big part of recruiting this year was about selecting good players that were also good people.

“Both players fit our culture in relation to personalities and that’s something I was really strong on this year. I think they both bring great personalities to the group,” he said.