THE omens could not be better for the AFLW’s Adelaide Crows when co-captain Erin Phillips and star 2019 recruit Jessica Foley lead them onto Adelaide Oval on Sunday for the Grand Final.

The last time Phillips and Foley were paired together representing Adelaide in a Grand Final at the highest level on a national stage was in 2008 as starters for Adelaide Lightning.

On the road against Sydney Uni Flames for the decider, Phillips and Foley – along with Erin’s wife Tracy Gahan – delivered, bringing home the WNBL championship to Adelaide. 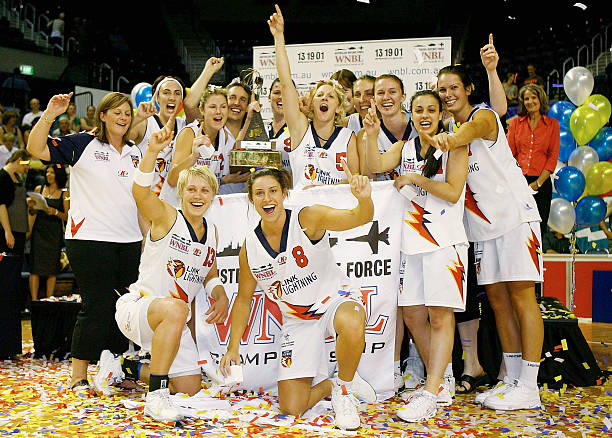 CHAMPS BEFORE: Erin Phillips, front left, with Jess Foley behind her, celebrate the WNBL title.

WNBL Coach of the Year and current Lightning coach Chris Lucas built that 2008 team, and another of the Crows’ high profile players this Sunday, Anne Hatchard, was part of his Adelaide squad two years ago.

Phillips in 2008 also represented Australia at the Beijing Olympics, while both Foley and Gahan were selected in the WNBL’s All Star Five First Team that season. They understand success.

It was Lightning’s fifth championship while on Sunday against Carlton, the Crows will chase their second premiership in three years.

Phillips, a Gold Medallist with the Opals at the 2006 FIBA World Championship and also a dual-WNBA champion with Indiana Fever in 2012 and Phoenix Mercury in 2014, took up basketball when opportunities to keep playing football as a child went from limited to non-existent.

Her switch to the roundball game through juniors at West Adelaide Bearcats led to immediate and prolonged success in the sport.