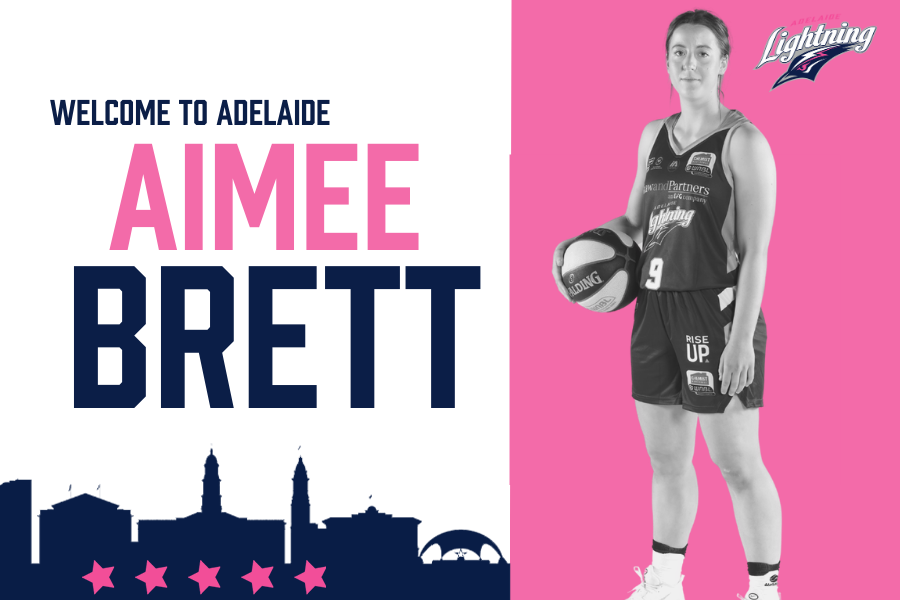 Brett the final piece of the puzzle

Adelaide Lightning has finalised the 2020 roster with the signing of development player Aimee Brett.

Brett from NBL1 Central club Forestville Eagles is a tenacious guard and an enthusiastic addition to the squad.

“Last season I helped Chris out with some training in pre-season which led to a meeting we had this year. He wanted me to come and train in the squad again, so I worked my backside off and now he is giving me now an opportunity. It’s so cool to be around these experienced players and to have this opportunity to play with this team.” Brett excitedly described her opportunity to be in the squad.

Brett has been averaging 14.17 ppg in the 2020 Adelaide Basketball Challenge and performed particularly well. Brett is excited to develop her basketball role and will be raring to go if called upon.

Adelaide Lightning has now completed their 10-player and two development player roster for the 2020 WNBL Season. Game 1 of the 2020 WNBL season begins Wednesday, 11 November in Mackay.