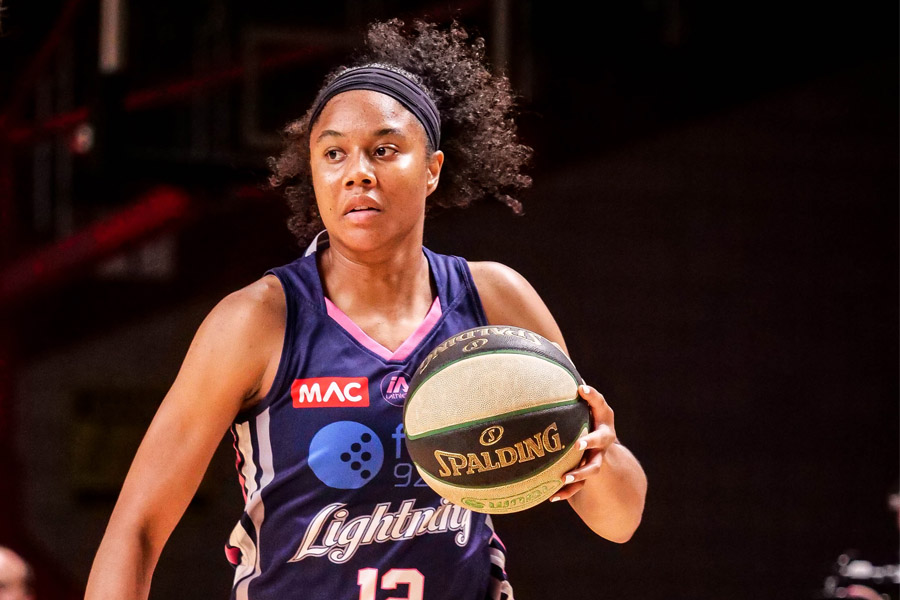 Nia Coffey has capped off an impressive season of basketball, being crowned the Adelaide Lightning Most Valuable Player for the 2018-19 WNBL season.

The 23-year-old was presented with the award by Lightning legend, Rachael Sporn on Wednesday night at a function at Titanium Security Arena.

Coffey finished the season averaging 18.39 points, 8.43 rebounds and 2 assists per game, and was named in the WNBL Team of the Week three times.

Lightning coach Chris Lucas praised the small forward describing her as a special athlete that is extremely humble.

“Nia’s impact on the team has been immense and she has played a pivotal part in our success. The best part is she has a great personality and never makes it about herself, it’s always about the team.

“Nia brings great effort and wants to get better. She is a fierce competitor, a great teammate and been very consistent in her performance. I believe her game has improved this season because she has put the work in,” Lucas said.

Coffey was taken at pick five in the 2017 WNBA draft and played with the Las Vegas Aces before coming to Adelaide in September.

The WNBA rising star spent four years at Northwestern University, where she earned herself a four-time All-Big Ten first team selection, averaging a double-double in her senior year.

Lauren Nicholson backed up last year’s defensive efforts, taking home the Defensive Player of the Year for a second time. She also received a nod from the Lightning coaching staff, winning the Coaches Award.

Adelaide Lightning will compete in Game 1 of the WNBL Grand Final Series on Saturday at 5.00pm (ACDT) against the University of Canberra Capitals.