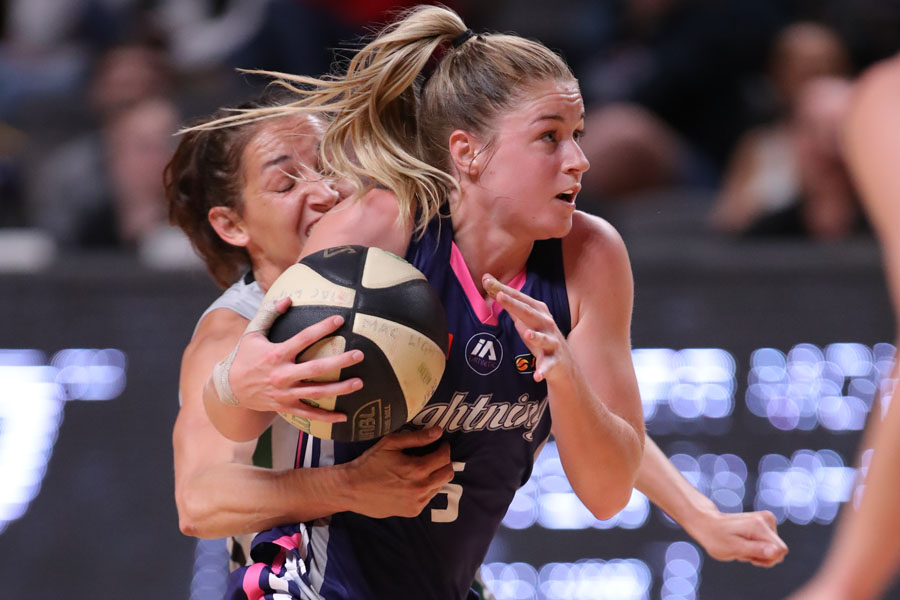 MAC Adelaide Lightning has suffered their first loss at home, with the Dandenong Rangers coming from behind to take the win in overtime by two-points, 83-81.
Lightning led by as much as 17-points during the third quarter, but couldn’t stop an aggressive fight back from the visitors.

Bishop opened Adelaide’s scoring account and was influential from the get-go. The visitors stood their ground though, showing no signs of nerves. The Rangers’ Mijovic hit a three in her team’s first shot at the basket and followed up with a second in a row.

There must have been something in the air because the threes kept raining at Titanium Security Arena. This time it was Lightning’s turn, with Nicholson and Bishop responding with their own.

The score remained neck and neck, but it was the Rangers who edged forward to a two-point lead at the first break, 18-20.

Dandenong took a hold of the second quarter, keeping Lightning scoreless for the first three-minutes and slotting six-points. With the lead, out to eight-points, Lucas called a time-out.

The break allowed Lightning to regroup and they came out firing, with a three-pointer by Seekamp igniting the flame. In the blink of an eye a skilful Novosel got the steal and Bishop sunk another three.
Clydesdale proved Lightning can strike twice, performing a steal and layup twice in a row, crushing her former team’s lead and putting Lightning in front by two-points. Seekamp rubbed salt into the wounds, hitting her second three of the night. A minute later she hit the deck, but return by the quarters’ end to enjoy her team’s 7-point lead, 40-33.

Adelaide came out of half time, focused and took control early, scoring seven points in a row, for a 29-7 run. Halfway through the third, Lightning led by 17-points, before the Rangers stepped up a gear. The visitors whittled the score down, scoring 10-unanswered points to decrease the deficit to 6-points at the main break.

The Ranger’s momentum continued with Palau sinking a three-pointer to reduce Lightning’s lead to three-points. Planeta hit back, scoring her own three and Nicholson followed. However, Dandenong wasn’t going away without a fight.

Both teams were full of nerves, but it was the Rangers who settled first, getting the points that mattered and holding on to a 2-point lead at the final buzzer.