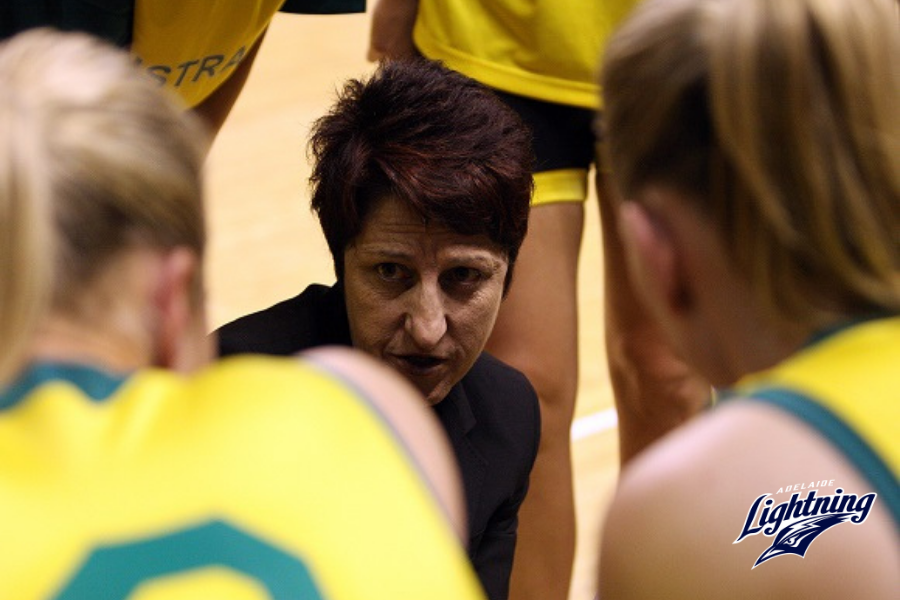 The 2021 Tokyo Olympics are underway and we have had plenty of Lightning representation in our past history. Over the next two weeks we take a look at four representatives of the Adelaide Lightning at the Olympic games. We take a look back on Jan Stirling’s  incredible journey through Olympic Basketball.

The Order of Australian Medallist (AM) and Australian Basketball Hall of Fame 2013 inductee is one of the most decorated Adelaide Lightning members of all time. Stirling played 163 WNBL games for the North Adelaide Rockets before she became the Head Coach of our Lightning in 1993. She took the Lightning to three consecutive championships between 1994-1996 whilst adding the 1998 one part of the “Title-town sweep” of 1998 (Adelaide 36ers (NBL), Adelaide Crows (AFL), Adelaide Thunderbirds (Netball – CBT) and Lightning (WNBL)).

Stirling’s higher-level representation saw her be part of the 1975 FIBA World Championships in Columbia (team finished 10th and in her four games she scored seven points) before she took on the head role of Australian Opals coach in 2001; after being an assistant since 1994. To note it was the first time a former Australian player and a woman had taken the reigns for the Australian Opals; Stirling is a ground-breaker in more ways than one.

She saw our Opals win Gold at the FIBA World Championships in Brazil 2006 before then guiding the Women to Silver Medals at the Athens 2004 and Beijing 2008 games. She saw us master our Commonwealth Games with Gold at 2006 Brisbane and add another Bronze Medal at the 2002 FIBA World Championships in China. Stirling then stepped down from her Head Coach role in 2008 before taking on various roles in elite sports, including a consultant for the Russian Basketball Federation, Port Adelaide Power’s leadership program and Basketball Australia’s Wheelchair Basketball program.

In 2015, Stirling added to her Australian Basketball Hall of Fame induction with a FIBA Hall of Fame one in 2015 and not only was the first Australian woman to be inducted, but was also famously inducted in the same year with one of the greatest NBA players of all time; Michael Jordan.

“It’s very humbling in itself but going in with Michael Jordan … that’s caused quite the reaction. I think if we have a group photograph with all the inductees, I might ask him to sign it, print a million copies and sell them to make some money for the Adelaide Lightning,” Stirling famously quoted back in 2015.

Stirling is still very much involved in the game at the highest level holding the position of Executive General Manager of High Performance and National Teams at Basketball Australia since January 2016.

Our Lightning Olympian for the Opals has been a pivotal person in International Women’s Basketball and has been a huge part of it in our past proudly representing our Adelaide Lightning on the national stage.