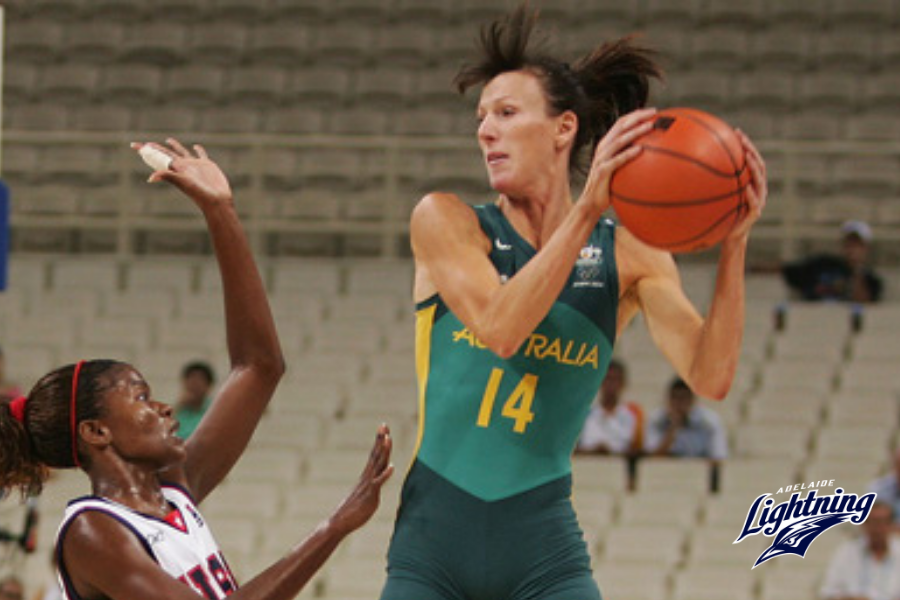 The 2021 Tokyo Olympics are underway and we have had plenty of Lightning representation in our past history. Over the next two weeks we take a look at four representatives of the Adelaide Lightning at the Olympic games. First up it’s three-time medallist with the Australian Opals and three-time commentator of Olympic Basketball, Rachael Sporn.

From a very early age the West Adelaide Bearcat junior has always had the dream of competing in the Olympic games. In 1989 she was part of the team which then finally qualified and made the Olympics in 1996.

“It was a dream of mine since the age of eight to compete at the Olympic Games (in track and field), so at the age of 28 to achieve this dream and to wear the Olympic blazer for the first time was incredibly special,” Sporn said of her initial selection.

“As it still does so beautifully today the WNBL provided the pathway to Australian selection. In my era the Opals coach was a coach in the WNBL so they could see week in, week out the form of all players. A standout WNBL season would increase your chance of receiving an invitation to attend an Australian camp.

“In 1989 I made the Australian team and our four-year plan was to qualify for the 1992 Barcelona Olympics. As painful history would have it, we failed to qualify via the pre-Olympic qualifying tournament against 16 other nations in Vigo Spain in May 1992. In 1996 the number of women’s teams at the Olympics increased from eight to 12 which put us in the Oceania qualifications. Since then, we have qualified for every World Cup and Olympics”.

The journey with team-mates is what stands out the most to Sporn who lists this at the top of her memories.

“It is the journey you take with your teammates that is the most memorable and sharing the honour and success with your family. I was lucky enough to play in an era where we medalled on each occasion and the most vivid and emotive memories are those of holding the hands of my team-mates just prior to stepping up on the podium to receive our medals. It is an incredibly bonding moment as we all know how hard we worked to reach those dizzying heights and a dream achieved.”

The three-time medallist with the Opals also was a commentator with Channel 7 at Beijing 2008, Channel 9 at London 2012 and will now also be one of the 2021 Tokyo Channel 7 commentators. She believes the Opals can win the Gold medal.

“I am writing this only 24 hours after Liz Cambage withdrew from the Olympic campaign and watched the magnificent Opals just 12 hours later beat the mighty USA team in Las Vegas. They showed so much heart and courage and responded in a way that only a champion team can. The Opals goal is to advance to the Gold Medal match where they would surely meet USA who are on track to win a 7th Olympic Gold Medal in a row. It is time for the Opals to stop this dominance and continue our rich history. They have the self belief to do it and I can’t wait to see the Sandy Brondello lead team hit the floor in Tokyo!” Sporn declared of the Opals chances.

Our Lightning Olympian for the Opals will be a big part of the games off the floor and has been a huge part of it in our past proudly representing our Adelaide Lightning on the national stage.