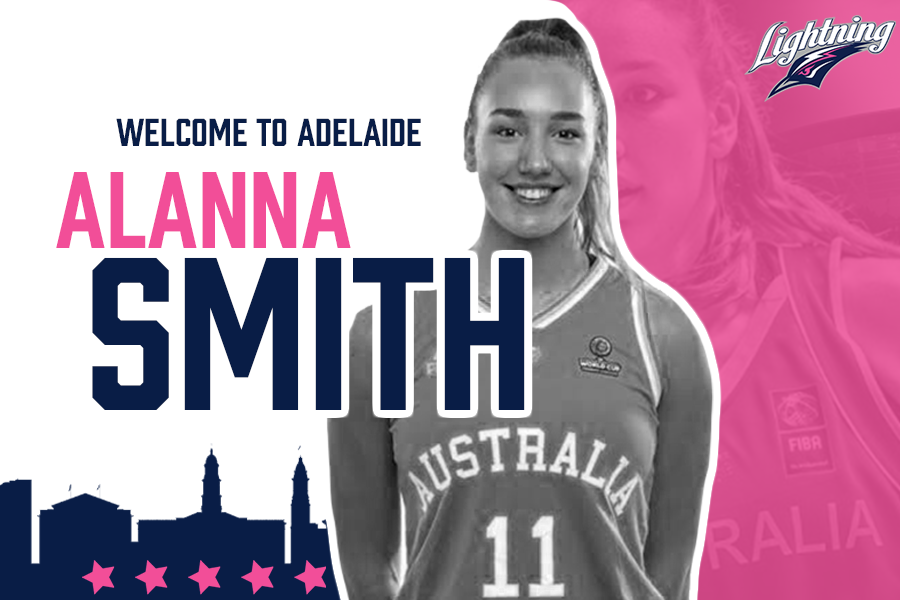 Adelaide Lightning have secured their biggest WNBL signing since Suzy Batkovic a decade ago with today’s announcement Alanna Smith will lead the team this season.

Smith, 23 and a 191cm power forward arguably is the “next big thing” in Australian women’s basketball, already a regular with the Opals’ national team and last year playing for the WNBA’s Phoenix Mercury after a stellar four-year college career at Stanford University.

The most sought Australian free agent of the off-season, Smith said she chose the Lightning because of her respect for coach Chris Lucas and the Adelaide club was an “awesome organisation.”

“I know Chris really well, I knew there was a vacancy on the (Lightning) roster in the four-spot (power forward) and I spoke with a few people who have played for Adelaide before,” Smith said.

“I only heard really good things and I am keen to get there and be part of an awesome organisation.”

The daughter of former NBL star Darren and niece of Sydney Olympic basketballer Jason, Smith starred for Australia in her senior debut with the Opals at the 2017 FIBA Asia Cup in India.

During the tournament, where she averaged 10.8 points and 5.3 rebounds including a 20-point, nine-rebound haul in 15 minutes of action in the quarter-final, Smith replaced recently retired Lightning star and four-time Olympian Laura Hodges in the Opals’ starting line-up.

She continued her stellar international development at the 2018 FIBA World Cup and was instrumental in the Opals claiming the Silver Medal behind the USA, Smith with 10 points in the gold medal game.

Drafted by the WNBA’s Phoenix Mercury in the first round last year, she spent part of the 2019 season playing there under Opals coach Sandy Brondello, before an ankle injury and subsequent surgery cut short her season.

Over summer, Smith played professionally for Incheon Shinhan Bank T-Birds in the Women’s Korean Basketball League but suffered a stress reaction in her leg which kept her sidelined with the Opals team which clinched Tokyo Olympic qualification in France.

“Someone landed on my foot and I suffered from bone bruising,” she said. “I’m still dealing with it.”

Smith said being home in Melbourne where she was a Nunawading junior, turned into a blessing with Victoria going into lockdown due to COVID-19.

“So it’s actually been good, the timing of the lockdown forcing me to take it easier than I would have,” she said.

Still waiting to hear whether the WNBA will go ahead with a 2020 season, Smith has been working out on gym equipment but had no access to an indoor basketball court until recently.

“I was doing some shooting out in parks and on school baskets but the wind is an opponent you can’t beat,” she said.

Considered a certainty for the Tokyo Games’ team and one of the faces of Australian women’s basketball, moving forward, Smith’s signing is a huge coup.