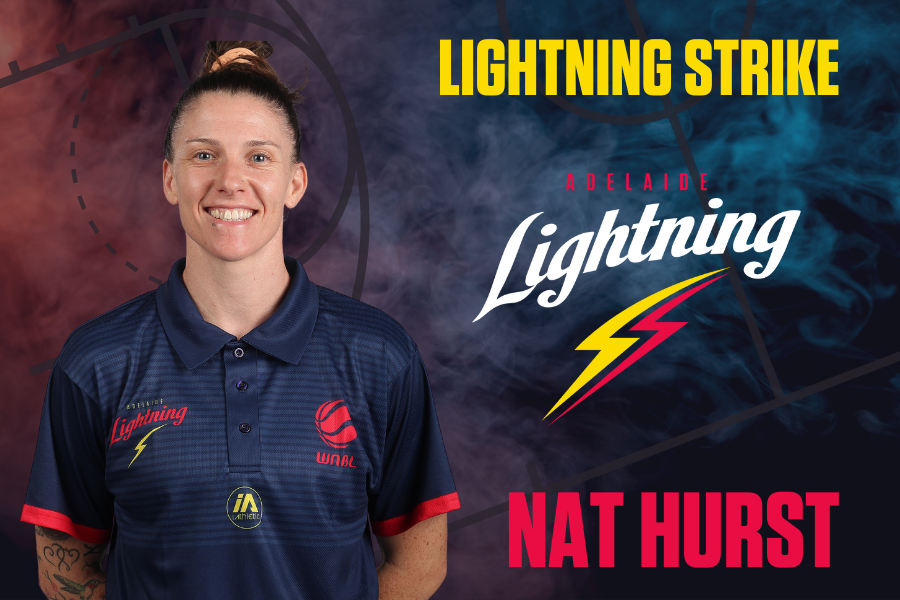 The Adelaide Lightning have once again called upon the experience of seven-time championship WNBL player Nat Hurst to assist Chris Lucas this season. In the off-season she has been busy supporting WNBL players in the Canberra region, which includes former Lightning player Hannah Kaser.

She continued her Head Coaching position at the Canberra Nationals in the Waratah One Season which recently has been rebranded under the NBL as NBL1 East. She took the Nationals to a 7-2 record in 2021 before the Pandemic closed down the competition. Her biggest win of the season was a 129-38 win over the Inner West Bulls.

Hurst is ready to strike after another off-season refining her coaching and building relationships with our players and will once again be a key cog in the brains of the Lightning coaching team.