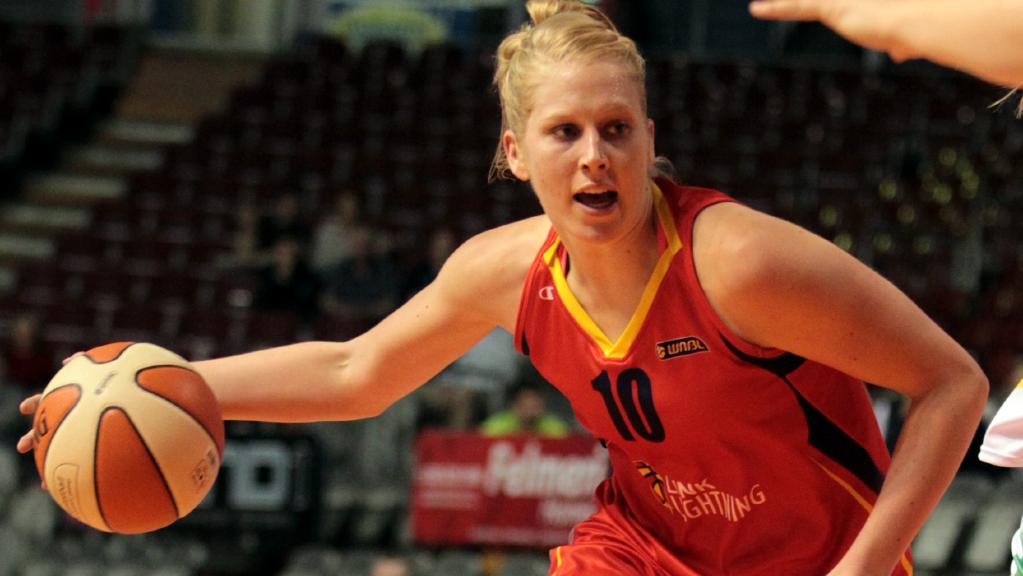 Abby Bishop will this season once again pull on an Adelaide singlet, a round trip six years in the making.

There were plenty of stops in between a return to Canberra that included a WNBL MVP.

There were stints with European clubs in both France and Hungary.

One Olympic campaign that ended with a bronze medal, and another Olympic Games that finished before it even got off the ground.

Then there was the arrival of Zala Abby’s three-year-old niece who she has cared for since birth.

“You know I’m just enjoying my basketball a lot more because Zala has put everything into perspective for me.

“I’m still a true competitor, I can’t help it, it’s my job but I just don’t let the little things stress me that much anymore.

“I used to just be all basketball and focus so much on it, but Zala has just helped me realise that yes it is my job and I take it very seriously, but at the end of the day there is more to it.”

The 28-year-old is clearly returning to Adelaide more mature but she is no less ambitious.

Already eyeing off another championship to go with the three she won at the Capitals and the one she clinched with the Seattle Storm in the WNBA.

“I would love to win a championship, obviously that’s the ultimate goal,” says Bishop.

“I don’t want to get too far ahead of myself but I know we’ve got a great team put together.

“The most challenging thing is going to get everyone to gel fast.

“I think every team has got a lot of talent including ours and it’s just going to be who gels the fastest.”

With Coach Chris Lucas expected to rely heavily on his star signing in helping his team of new recruits bring it all together before the new season starts.

“One of the most important things is my leadership and leading by example which I’ll be looking to do this season.”

Team bonding is already underway with the forward recently teaming up with Lightning import Natalie Novosel for three games in the Queensland state league and Bishop will soon play alongside Laura Hodges during this month’s Australian selection camp for the Asia Cup.

The camp is also a chance for Abby to impress new Opals coach Sandy Brondello ahead of next years Commonwealth Games on the Gold Coast. As Bishop looks to return to the national side after missing the Rio Olympics because of a reaction to injury medication, which led her to develop life-threatening blood clots.

“Commonwealth Games is on my radar, it is something I did think about when coming home,”

“It was obviously disappointing missing out and everything that I kind of went through (in the lead up to Rio), but I’ve put that behind me and it’s given me a little bit more fire in my belly to want it even more.”