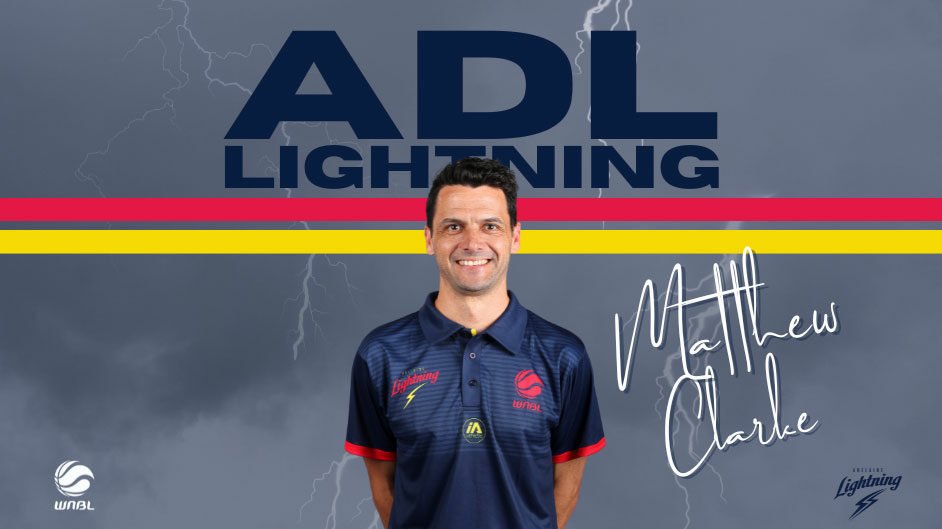 Adelaide Lighting is excited to announce the signing of Matthew Clarke as Assistant coach for the 2022-2023 WNBL season.

Clarke has spent most of his coaching career working with women’s programs. When he first signed on at Southern Tigers he was coaching their under 18’s girl’s team and worked his way up to be the NBL1 head coach, where he won a championship in the 2021 NBL season.

“I’m passionate about coaching I love coaching (and) the challenge of trying to get everyone on the same page, embracing that challenge together is genuinely exciting for me.”

The signing of Clarke is part of the new look coaching panel for this season, with Nat Hurst taking the reins as head coach for the first time in WNBL23. Matthew is no stranger to the team, having coached with the Lightning as a second assistant in the 2022 season, with current head coach Nat Hurst.

“ The team that Nat (Hurst) and Tim (Brenton) have put together are talented and I know we’ve got a team of players who are going to compete really hard.” Clarke explained.

Having worked together last season, Hurst explained why she believes Clarke is a good fit for Adelaide Lightning this year. “I think we will compliment each other very well this season. The girls love him and I have a lot of trust in him. He was an obvious choice for me this season and I am super happy he wanted to be part of it all.”

Clarke is just as happy to work with Hurst again, telling us that when she called him about the position, saying yes was an easy choice. “ When Nat called, it was a no-brainer for me. I have a lot of respect for Nat and to get the opportunity to work with her again is something I am really grateful for.”

Clarke is ready to take on the challenges that come with coaching at the top level and is looking forward to working with all the players and their varying skill sets.

“Steph Talbot is an incredible athlete and person I am sure I will learn as much from her as anyone. Players getting a shot for the first time like Brooke Basham, I am excited to see how she goes. Lauren Mansfield is someone whose career I have admired from a distance to get the chance to coach her is exciting as well.” Clarke said.

Lighting Memberships are on sale now for the WNBL 2022/23 season, you can get yours at https://wnbl.basketball/adelaide/membership/.