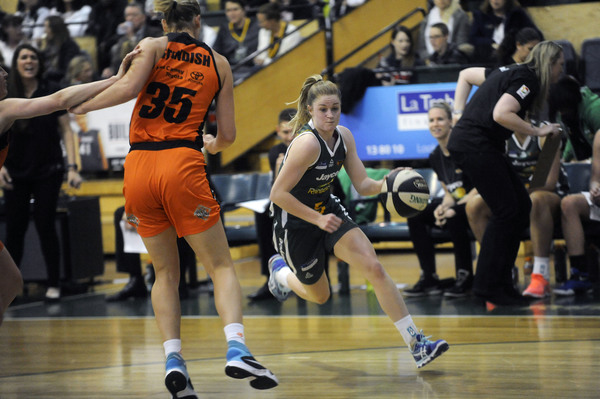 Two MAC Adelaide Lightning players have been added to the Australian Emerging Opals team that will compete in the World University Games hosted in Taipei from August 19-30.

Aimie Clydesdale and Chelsea Brook will replace Alanna Smith, who has been called up by the Opals and Tahlia Tupaea, who has been forced out of the squad with injury.

Clydesdale brings a wealth of experience to the squad, having played six WNBL seasons.

The 23-year-old played her best season yet, averaging 7.9 points and 2.8 assists per game with the Dandenong Rangers in the WNBL and reaching the Grand Final.

“It’s a wonderful opportunity for Aimie to come into an international tournament. She’s been to the previous one and she knows what it’s about. With this level of competition and her experience from the last campaign will be invaluable to the very young group we have,” Lucas said.

Exciting young gun Chelsea Brook is expected to benefit greatly from the opportunity. Lucas believes The 18-year-old, who improved with every one of her 13 outings for the MAC Adelaide Lightning in her first WNBL season, is set to learn a lot.

“Even though Chelsea is extremely young she is on the Australian Depth Chart and she only just missed out on the U19 selection,” Lucas said.

“Kristen Veal the Head Coach of the Centre of Excellence saw an opportunity to bring her into the group and the experience for a young athlete to come into this program will be invaluable for her long term.”

Clydesdale and Brook round out the 12-player squad bound for Taipei in August.