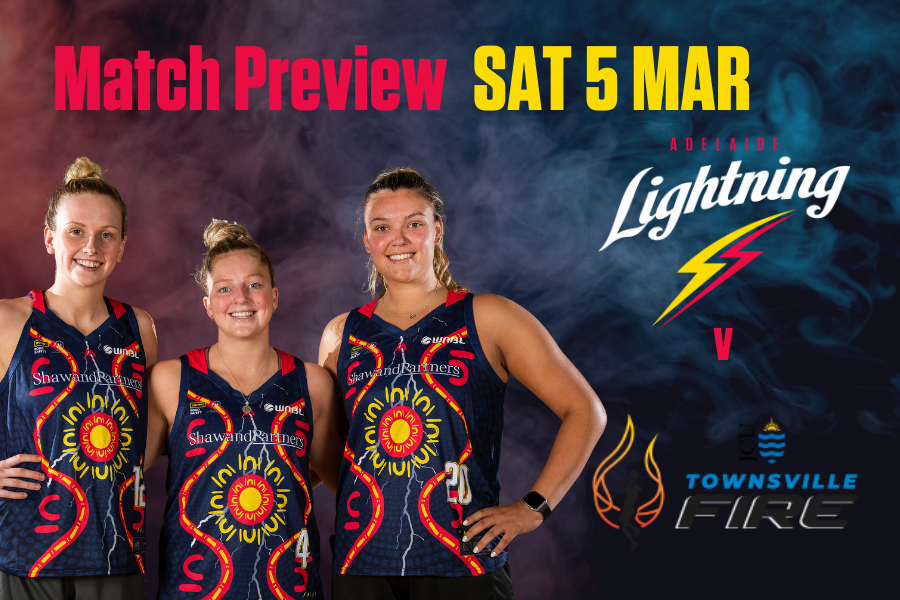 Talbot started her season off with a bang against this team and clearly matching up with her is going to be a tough cover for the Fire. In that game she had 19 points, 11 rebounds and 4 assists then in the overtime win in Queensland had 13 points, 9 rebounds, 6 assists and 3 steals.

With no Lauren Nicholson or Sugs Sutton, both ends of the floor have fallen to Reid and she has stepped it up. The nuggety defensive guard has also chalked up some points as well averaging in her last five games in 32 minutes per game; 14.4 points and 6.4 assists. That’s compared to her season average of 10.4 points and 4.2 assists.

Smith had one of her biggest games of the season the last time they met clocking 21 points at 50 percent from the field, 11 rebounds, 2 assists and 2 blocks. She has a real chance of assuming her dominance over this team with her inside game and drawing the front court out to the perimeter with her shooting. She’s nailed 7 of 13 in her last three games so respect must be paid to that part of her game.

With Monique Billings missing through a flared-up knee injury, much of the front court responsibility falls to Aokuso. She destroyed Adelaide in the first game of the season with 13 points and 12 rebounds in 30 minutes whereas in the overtime loss she had 6 points and 12 rebounds and still impacted on the glass. She’ll be the key to giving the Fire second opportunities; that needs to be shutdown early.

Particularly for the Fire they don’t have a clear matchup for Whittle when she steps onto the floor. In 2020 she had 14 points at 60 percent from the field and 4 assists. She’s had moments where she has come in and turned games for the Lightning and doesn’t historically do too badly against the Fire.

With a spate of injuries Wood has been the next to step up off the pine for the Fire. An increase in her minutes to 21 per game in her last four games had yielded an average of 9.75 points including 18 in her last outing against the Melbourne Boomers. She torched the Lightning in 2020 with 12 points on 4-5 shooting as well so the guards need to be wary of her presence beyond the arc.

The Fire are on a three-game losing streak and will be tapping into the memories of their first game of the season and despite the number of key players missing; they’ll stroll into the “House of Lightning” with no fear.