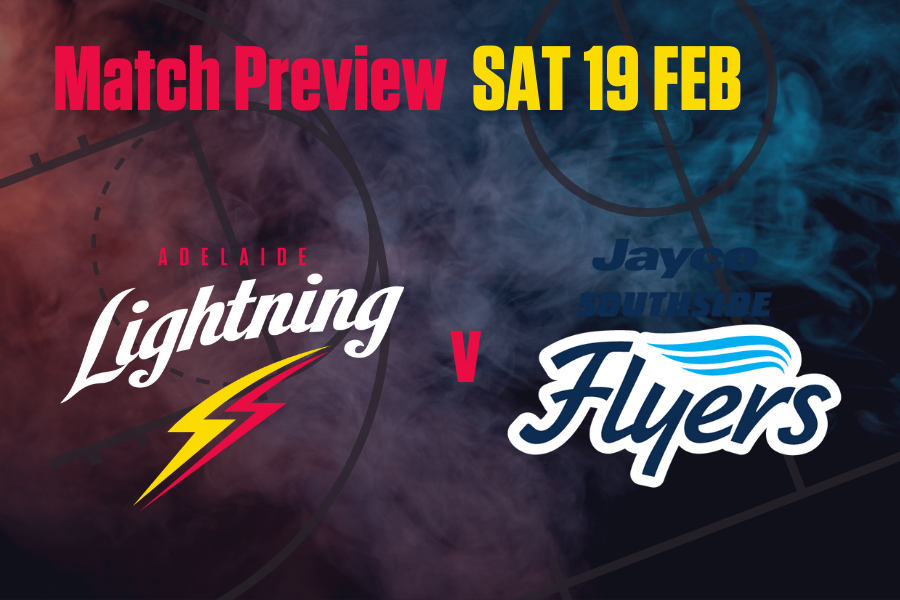 With two losses in a row, it’s time for the Lightning to strike back with a host of Opals returning for both sides; this one looms as a key game to take care of.

If she returns from injury, Williams will be keen to rediscover her great touch before her unfortunate ankle injury at the end of the Fire game. She’s had 11, 9 and 13 in her last three games and shooting above 35 percent from outside the arc.

Rocci however will be a handful. Coming off a solid performance for the Opals, she’ll head the Flyers guard rotations. Last season she had 21 and 18 points against the Lightning for the Caps so she has recent history against our club.

There is no Abby Bishop and the front court for the Flyers will be one of the smallest the Lightning have encountered. This is a huge opportunity for Shook to really stamp herself on a contest and win a game off her own hand. She’s been threatening in patches in the last month and starting to produce those numbers averaging 8.8 points and 7.3 rebounds. This is the one though she has a clear advantage.

Likely to fill the hole for Bishop is Whittle-Harmon. She’s still a dangerous front court player and had a season high 20 points and 7 rebounds last outing against the Caps. The Lightning can’t afford to underestimate her ability in-close.

It didn’t quite fire for Ortlepp against the Spirit but from what we’ve seen already this season and during the NBL1 Central season for the North Adelaide Rockets; Taylor can light up quick. She needs a game like she had against the Caps with 12 points at a high clip to bounce back with Brazel and Basham impressing in their outing against the Spirit.

The player with that role of ilk on Southside is Gaze. Similar to Ortlepp she’s had a recent high clip shooting game of 16 points against the Lynx. With a few Flyers coming in potentially fatigued from the trip home from Serbia, her minutes and ability to hit shots will be crucial to the Flyers chances of holding their home court.

The Flyers at times were close to untouchable in recent seasons however there is an air of vulnerability about them coming into this one. You only have to listen to our player profiles in the Lightning podcasts talk about who they want to beat the most and it’s this team. They won’t be short on motivation with the memory of recent finals matches against the Flyers (nee Dandenong Rangers) ala 19-20.

And wouldn’t the Lightning love to keep the Flyers in the bottom half of the table and inflict a loss that would potentially put them three wins a drift of the top four; and that’s a gap that sometimes doesn’t get smaller as we hit crunch time…