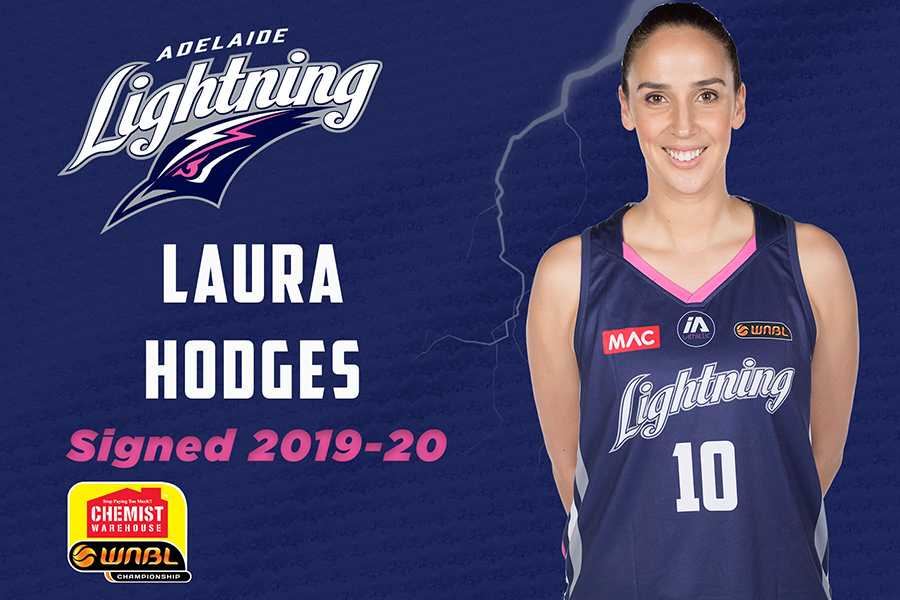 FOUR-time Australian Olympic basketballer Laura Hodges has her wish and will finish her stellar career as a “one-team” WNBL player after signing with Adelaide Lightning for the 2019-20 season.

Hodges, a 189cm forward, will give Lightning great frontcourt depth if she can recapture any of the form which saw her shine as an Opal at Olympics in 2004, 2008, 2012 and 2016, and as a member of Australia’s only gold medal-winning FIBA World Cup team in 2006.

She will turn 36 during the season, has not played WNBL for two seasons after suffering a hand injury which ended her 2017-18 campaign before it started, and she was pregnant and unable to play the 2018-19 season.

But the new mother – daughter Ava was born on October 15 last year – is confident she still can make an impact on a Lightning team which finished second last season, losing the best-of-three grand final series to Canberra 1-2.

“I think I bring a lot of experience and some wisdom,” Hodges said. “My role with Lightning will be very different and I’m excited about it.”

Hodges also is excited about concluding her career with the club she grew up supporting.

“In modern-day sport, not many people get to see out their career at one club for many reasons,” she said.

“I’m really thrilled at this opportunity because Lightning was the club I grew up supporting and barracking for during probably its most successful period.”

Hodges said with her international career in the rearview mirror, she could focus solely on making a contribution to Lightning and helping younger players such as Chelsea Brook further develop.

“I’ve really always enjoyed encouraging players like Chelsea, who have so much potential,” Hodges said.

“She hasn’t played a lot of minutes as yet but she has shown glimpses and I think a player like myself is there to help and support her.”

Conceding her time away from the game could set her return back, Hodges said she was encouraged by coach Chris Lucas.

“Chris is probably taking a chance but he knows how to put a good team together,” she said.

Hodges, the 2001 WNBL Rookie of the Year, also has played professionally in Italy and France, and in the WNBA with Connecticut Sun.