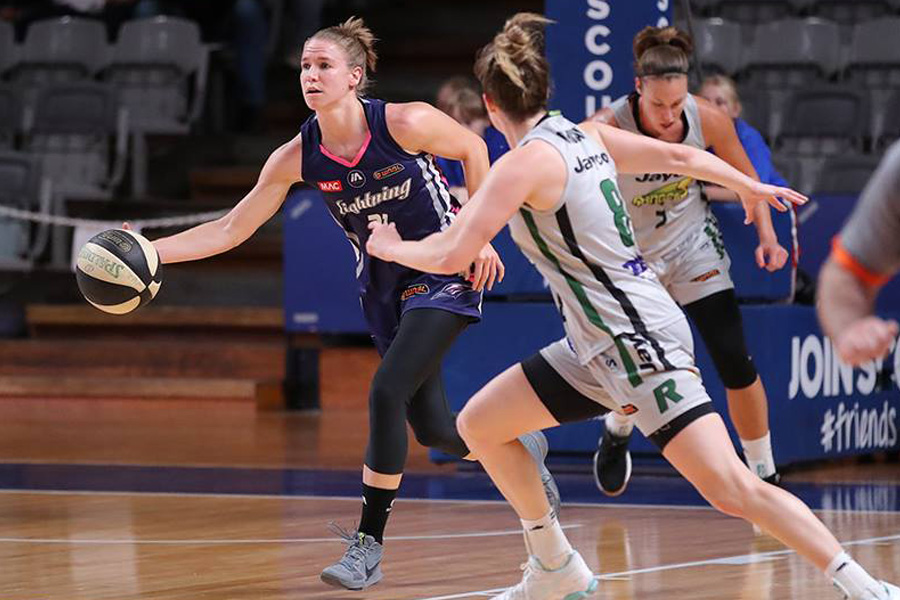 Novosel out with season-ending knee injury

MAC Adelaide Lightning star Natalie Novosel will be sidelined for the remainder of the 2017-18 WNBL season after rupturing her ACL in Saturday’s two-point loss to the Melbourne Boomers.

The 28-year-old guard underwent scans today, which revealed the damage in her left knee.

It’s not the first time the US import has been sidelined with an ACL, with the guard suffering the same injury in her right knee four years ago, whilst playing for Sturt in the Premier League.
Assistant coach Marcus Wong said the team were devastated by the news and will dedicate the remainder of their 2017-18 campaign to their much-loved teammate.

“We’re all disappointed for Nat and as a group we’ll rally behind her and play out the season for her,” he said.
“She’s such a great person and we know the girls and all the team staff will be behind her. We wish Nat a speedy recovery.”

Novosel will undergo surgery next week.