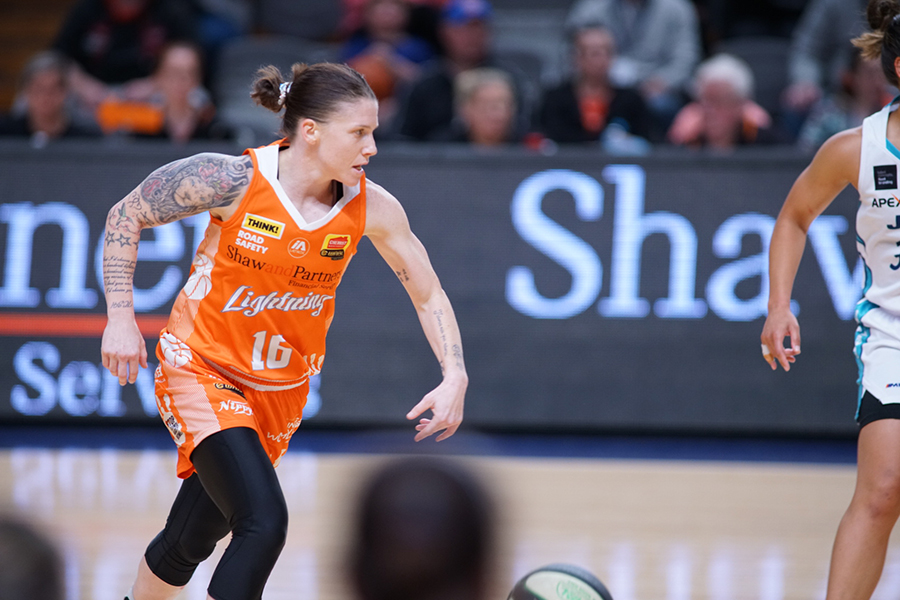 PLAYOFFS AT STAKE IN LIGHTNING-LYNX MATCH UP

Adelaide Lightning on Friday could take a massive step toward claiming a WNBL final four spot if it beats an incoming Perth Lynx, now back at full strength.

Imposing 201cm American centre Imani McGee-Stafford was sidelined with an injury and the WNBA’s Ariel Atkins had not yet arrived when Lightning stunned the Lynx 90-86 in overtime in Perth in Round Three.

Adelaide also was not yet at full strength either, negotiating the early part of the season without starting US centre Crystal Langhorne (knee) and veteran power forward Laura Hodges (calf).

Langhorne was eventually released and forward Kathryn Westbeld made a 16-point., six-rebound debut in her place last round in the 85-91 home loss to league-leading Southside.

Hodges also made her first appearance of the 2019-20 season in that game after more than a two-year absence.

The question mark this round is over Adelaide captain Nicole Seekamp who suffered a quad strain against the Flyers and played only half the match.

This match is huge, Adelaide fourth on a 4-4 win-loss record, Perth fifth on 3-6.

A Lightning win would give them a 2-0 lead in their three-game season series against the visitors, making Perth’s path to the playoffs even harder to negotiate.

Adelaide also faces the prospect of backing up on Sunday in Sydney against the Flames in a double-header with the Sydney Kings-Cairns Taipans NBL game at Qudos Bank Arena.

“We want to respond to last week’s loss to the Flyers,” Lucas said.

“Our sole focus is on Perth right now.”

Tip-off on Friday at Titanium Security Arena is 7pm. Tickets at the door or at ticketmaster.