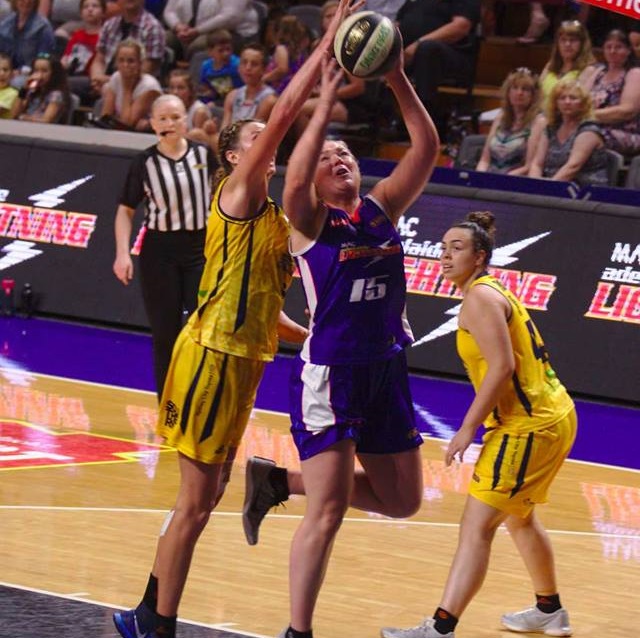 ROUND 13 PLAYER OF THE WEEK- TAYLA ROBERTS

The MAC Adelaide Lightning look to have turned the corner with the arrival of the New Year, recording two victories over Melbourne and Dandenong and in the absence of captain Laura Hodges, Tayla Roberts was highly influential.

She averaged 21.5 points, 10.5 rebounds, 2.5 assists and two steals for the weekend and shot an incredibly efficient 18-25 (72%) as she sealed off position under the rim to help Adelaide record two winning scores.

On Saturday night against the Boomers, Roberts was on song from the opening tip as she tallied ten points and four rebounds (including three offensive) in the first period.

The Lightning held a seven-point margin at three-quarter time and while Melbourne threatened a comeback in the final term, Roberts held firm with an important basket inside the last two minutes as they held on for a maiden victory on the season, 71-67.

She also recorded a steal and a block in that fourth quarter, helping to hold Melbourne to 38% shooting from inside the arc while Adelaide also won the points in the paint battle 44-20 as Roberts hit all but one of her shots from inside the restricted area.

The following day, the Lightning centre face a bigger front court in Dandenong’s Lauren Scherf and Ally Malott but stayed true to what had worked for her, collecting 21 points on 8-11 shooting with eight rebounds.

She extended her range slightly but still hit all but one of those field goals from inside the key while also setting the tone early once again with six points and four boards in the opening period.

The Lightning then put their foot down in a 26-15 second term to open up a match-winning lead as Roberts added another seven points.

As they did the night before, Adelaide faced a potential comeback in the dying minutes but held firm to secure a second consecutive win, 80-73, and take their road record above seventh placed Melbourne’s.