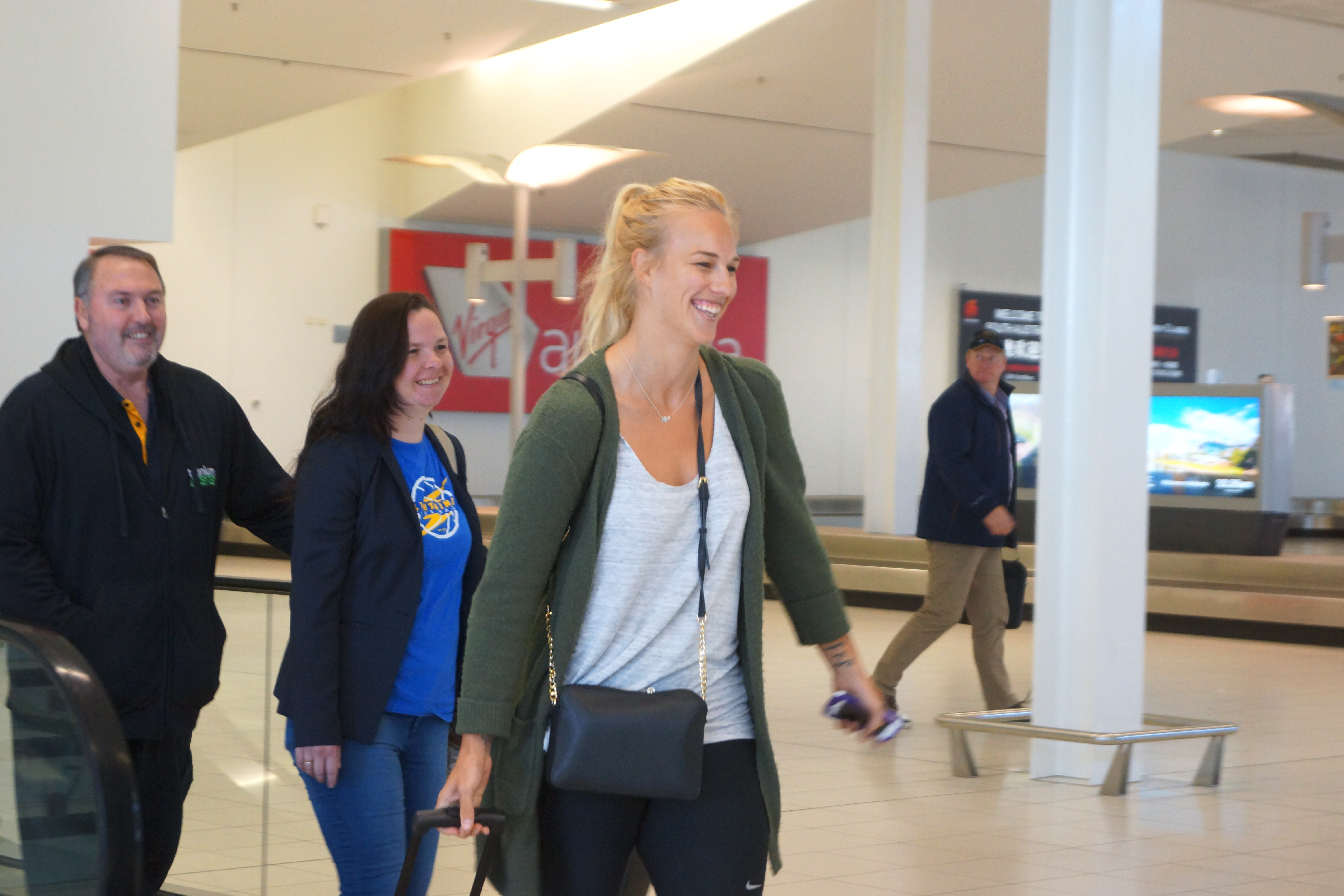 MAC Adelaide Lightning recruit Nicole Seekamp has arrived in Adelaide for the 2017-18 campaign.

The 25-year-old returns home after spending the 2016-17 season playing in Poland with AZS PWSZ Gorzow and four seasons with the South Dakota Coyotes in the United States.

The Renmark local who played her junior basketball at Sturt is thrilled to be back on home soil.

“It feels great. I haven’t lived at home in so long, so I‘m really excited to move back here and get settled and then start practice,” Seekamp said.

The 178cm guard-forward is relieved to return to the warmth of Australia after living in the freezing conditions in Poland and South Dakota, where it dropped to a freezing minus-40 degrees.

She enjoyed a taste of the summer during a holiday in America and is counting down the days to summer.

“I’m definitely looking forward to the warmer weather. I’ve just been in America for the last two months and it was hot there and summer and I loved it and I’m really excited for summer here as well,” Seekamp said.

The Summit League Player of the Year, who captained South Australia at the Australian Under-20 Championships in 2011, is looking forward to returning to the MAC Adelaide Lighting.

“Chris has put together a great team. I get a real sense of family here, so it’s going to be nice,” Seekamp said.

“I’m moving back home and also I’ve been away for so long so it’s nice to have that family vibe here and I think our season is going to go really well and I’m really excited about that.”

Seekamp will be joined in Adelaide soon by teammate and home grown talent Abby Bishop, who is recovering from ankle surgery. The MAC Adelaide Lightning is hopeful Bishop will be ready to play at the start of the season.