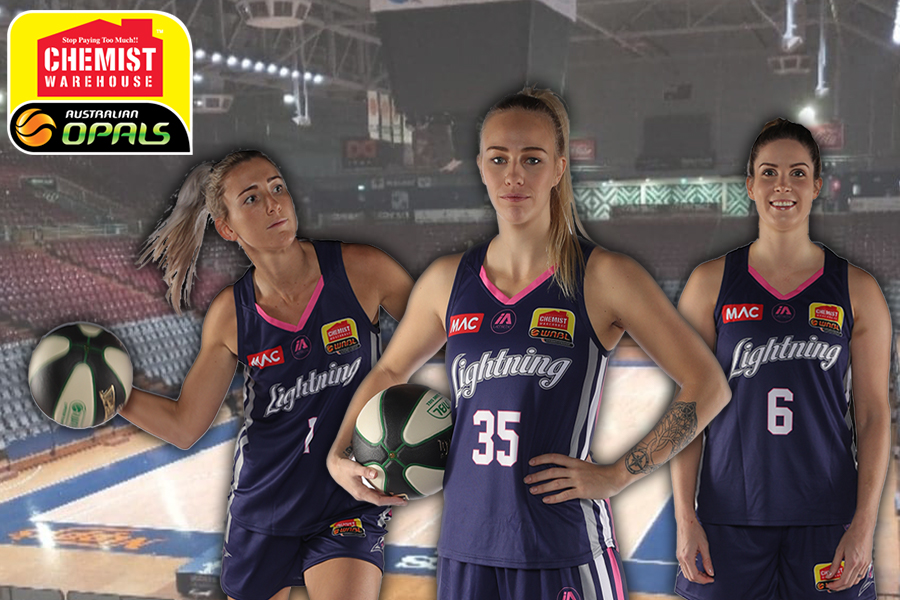 Seekamp, Blicavs and Nicholson selected to don the Green and Gold!

Nicole Seekamp, Stephanie Blicavs and Lauren Nicholson will suit up in the Green and Gold after being selected to represent Australia in the upcoming Asian Cup.

The Opals selection comes after all three have displayed their talent on the floor throughout their WNBL 2018/19 seasons.

Nicole Seekamp, Stephanie Blicavs and Lauren Nicholson have been three of the many crucial reasons as to why their Adelaide Lightning have become legitimate title contenders.

Throughout her 2018-19 WNBL campaign, Co-Captain Nicole Seekamp has averaged 12.33 Points Per Game, 5.17 – Rebounds Per Game and 5.72 Assists Per Game. Seekamp’s supreme court vision and Basketball IQ has paid off for herself and her side after helping the Lightning clinch a finals position with two fixtures remaining.

After receiving the Co-Captain selection, Blicavs has continued to thrive in the Adelaide environment and currently averages 11.31-Points Per Game, 3.94 -Rebounds Per Game and 3.19-Assists Per Game. Blicavs’ consistency from deep has earned her a reputation of being a confident shooter and one to watch while on the floor.

Lauren Nicholson has also exhibited herself as a serious threat while on the hardwood. Averaging 13.39- Points Per Game, 4.06 – Rebounds Per Game and 2.22 Assists Per Game, the 25-year old has also cemented herself as one of the most reliable shooters in the league.

Seekamp and Nicholson have both earned Chemist Warehouse WNBL honours twice this season for some stellar performances including an assisting clinic by Seekamp (9-assists) and Nicholson’s offensive capabilities in back-to-back games (49-point total).

Congratulations to Nicole, Steph and Lauren for their selection in the Chemist Warehouse Opals squad and best of luck for the remainder of the season.