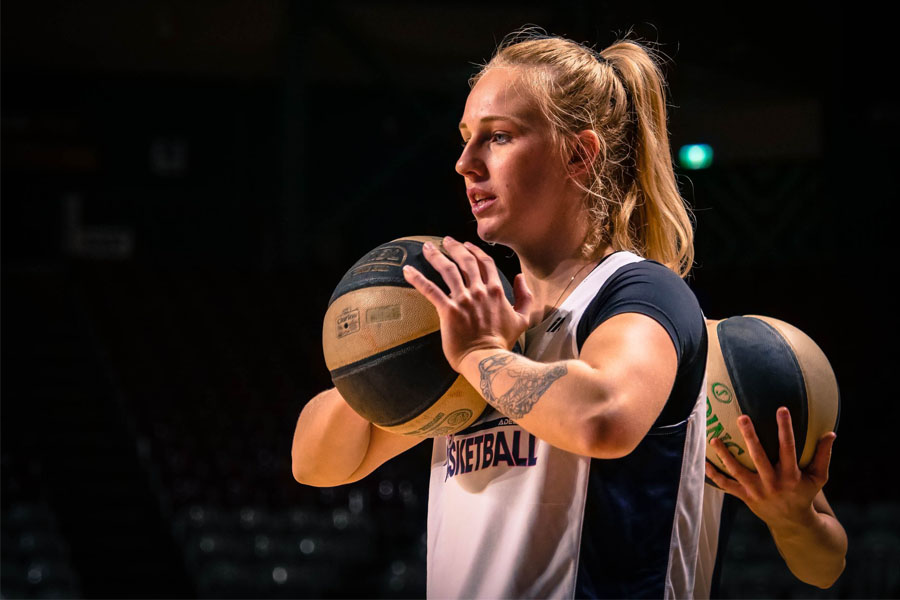 Seekamp Gets Her Wings To WNBA

Renmark-born Seekamp is the second Lightning WNBL grand finalist to head to the Wings, following in the footsteps of fellow South Australian and 2008 championship playmaker Erin Phillips, now an assistant coach with Dallas.

“Nicole is a player we have been watching for some time and we have been impressed by her performances at the Commonwealth Games and during the WNBL season,” Dallas Wings President and CEO Greg Bibb said.

“Nicole will add size to our backcourt as she competes for a roster spot during training camp. We are excited to have her join us in May.”

Seekamp, 26, has enjoyed a stellar 12 months in her basketball career. Returning to Adelaide for the 2017-18 WNBL season, she won Lightning’s Most Valuable Player award.

She then was instrumental in Australia’s Opals winning the Gold Medal at the Commonwealth Games.

Named as a co-captain for MAC Adelaide Lightning’s 2018-19 WNBL campaign, she averaged 12.2 points, five rebounds and six assists while leading the club back into the grand final for the first time since Phillips last did it in 2008.

Seekamp then produced a mesmerising winning basket in Game 2 of the best-of-three grand final, beating the clock by milliseconds to force a third game in Canberra against the Capitals.

The talented playmaking guard has been on the WNBA radar since completing her four-year college career at South Dakota in 2016.

In 2014, Seekamp led the Coyotes to their historic first NCAA Tournament appearance, and to the Women’s National Invitational Tournament championship in 2016.

“I am super excited to be invited to the Dallas Wings training camp,” she said.

“It has been a dream of mine for a very long time and a goal since graduating from USD.”

Her return to Lightning and the club’s rise from last place to fifth last season and now a grand final berth this year, was no coincidence.