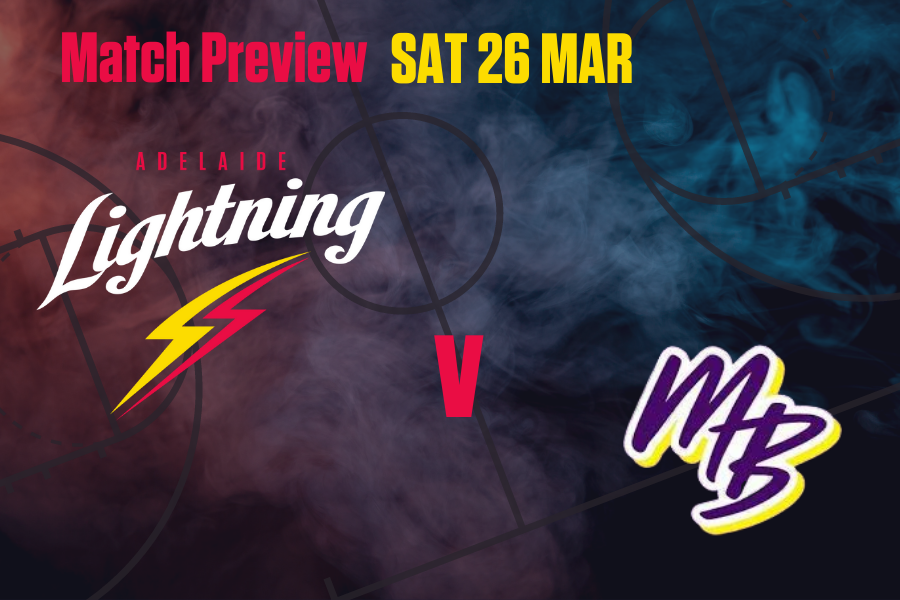 It was a game of two halves for the Lightning, the first 20 minutes exactly how we wanted to play the second half not so much. Let’s look at our key matchups and statistics before game two’s sudden death must-win match.

The Lightning’s second half Thursday night

Talbot was the dominant figure on the court in the first half for both sides leading the Lightning at both ends of the floor but Mitchell got out in transition in the second half and hit her clip of triples from outside. An even battle between these two coming into Saturday’s game.

Shook did a good job containing Magbegor on the rebounds early but in the second half, the recently named Betty Watson Youth Player of the Year came crashing in on the glass and had a big second half. Shook will this Saturday know keeping the intensity upon protecting the glass and taking it close to the keyway off some key passes (straight-line ones were deflected and disrupted by the Boomers defence in the second half) will help provide the third player needing to step up after game one.

For the overall game, we would’ve given this one to Smith, but George was such an important part of the second-half comeback from the Boomers including draining a couple of key triples and shots that really made the Lightning defence scramble for hands up on shots.

Rebounding and looking after the basketball will be key to who takes game two. The Lightning will also need someone to step up and hit the scoreboard to help Talbot and Smith.

A huge crowd is needed at the “House of Lightning” so let’s pack out the house and become the 6th player to help the Lightning strike back in this series and take it to game three in Melbourne next week.