From a local perspective, the Eagle has finally landed at the Lightning with our brand-new signing of NBL1 Central star Sam Simons, read more about a closely guarded signing we have been bubbling to announce for weeks…

The Adelaide Lightning is pleased to announce the new roster signing of star NBL1 Central utility, state and national representative Sam Simons for the 2021 WNBL season. The South Australian born 20-year-old finished her College NCAA career with St Mary’s Gaels to return home during the Covid-19 period and has been on the Adelaide Lightning’s radar for multiple years.

Simons early finish presented the opportunity to lock in the hottest South Australian talent in years for the start of her WNBL career,

“It’s really special for me as I’m an Adelaide girl and I grew up watching the Lightning. I’ve been training with the club for a year with the original intention to go back to college, but Covid-19 hasn’t gotten much better and that’s when the opportunity to do what I was doing over there now with the Lightning and my studies here meant I could make the choice to stay at home to start my professional career,” Simons described the process of her signing.

Simons committed to the Forestville Eagles for the 2021 NBL1 Central season and has been sighted at multiple Lightning events and trial matches, which of course was no coincidence for her as she played a very patient waiting game on her plans.

“It was hard sitting and waiting for things to happen including not playing any professional basketball especially when the 2020 WNBL hub was happening. The training got pretty tiring after a whole year without playing and I was keen to begin playing again. That’s what I weighed up in my decision to sign with the Lightning instead of finishing the last year of my college studies at St Marys,” Simons shared.

Simons comes from a strong basketball pedigree. Sister Jess is a team-mate in her current team, the Forestville Eagles. Dad Andy Simons, was an NBL player with multiple clubs including the St Kilda Saints, North Melbourne Giants and had a stint with the Adelaide 36ers before settling at the Forestville Eagles as a player and now as head coach of their NBL1 Mens team. Sam is no doubt starting to also follow in the footsteps of her Mum Sharon (nee Washington), who was a WNBL player with multiple clubs including North Adelaide, Forestville, Noarlunga City Tigers, Coburg and Bulleen, eventually finishing with Dandenong. She’s now is the Junior Development Officer at the Forestville Eagles where the whole family has been for over a decade.

Simons will use the remaining part of the NBL1 Central season to begin to prepare for the WNBL and for future honours under coach Chris Lucas,

“We chatted about this recently with rebounding and defence the big two areas I am working on. I also want to push the ball down the floor and continue to match up against some of the best WNBL quality players in the league so I’m ready to go for 2021”.

We and no doubt South Australian’s will be excited to see the Eagle in Lightning colours for the upcoming WNBL 2021 Season. 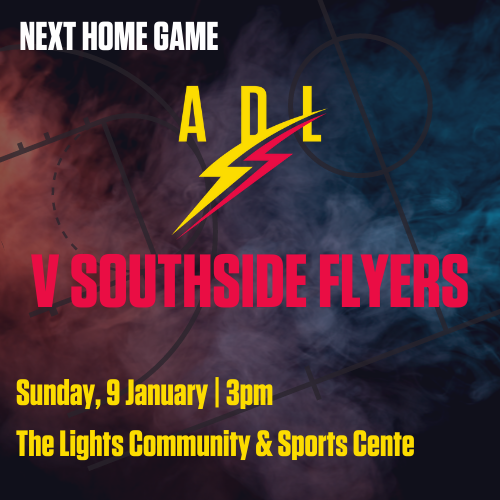