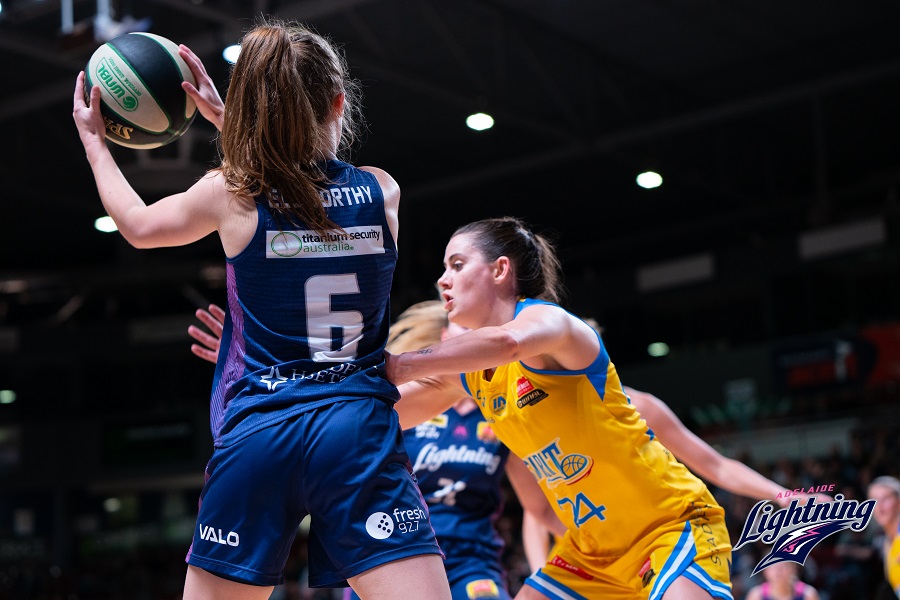 SPIRIT TAKE ON LIGHTNING THIS SUNDAY

Adelaide Lightning can create further separation between the WNBL’s top four and the pack if on Sunday it repeats its recent home rout of Bendigo, the Spirit reeling after sacking import Rebecca Tobin.

The 196cm Tobin was in her second season with Bendigo after being recruited by former coach Simon Pritchard under whom the American centre finished seventh in MVP voting, third in the Best Defensive Player award and was in the league top 10 for blocks, steals, rebounds and field goal percentage.

But under new Spirit coach Tracy York, Tobin has struggled and this week was released due to alleged “off court matters”.

The SA rookie enjoyed a career high 26 points in Bendigo’s road loss to Townsville, including 6-of-10 threes.

Bendigo caught Adelaide out in Bendigo for a 67-54 win last month before the same teams lobbed at Titanbium Security Arena and Lightning doled out a 105-77 lesson in team basketball.

Adelaide had 29 assists and since that rout has brought in import Kathryn Westbeld, Laura Hodges also back on the roster.

Beating Perth at home last round ended the Lynx’s finals hopes but an unexpected road loss in Sydney has the Flames within touch of the four.

“This is a very important game for us,” Lightning coach Chris Lucas said.

“It gives us a chance at 5-5 to get a little bit clear of the pack but we know Bendigo will come after us.”

Tip-off on Sunday is 1pm.