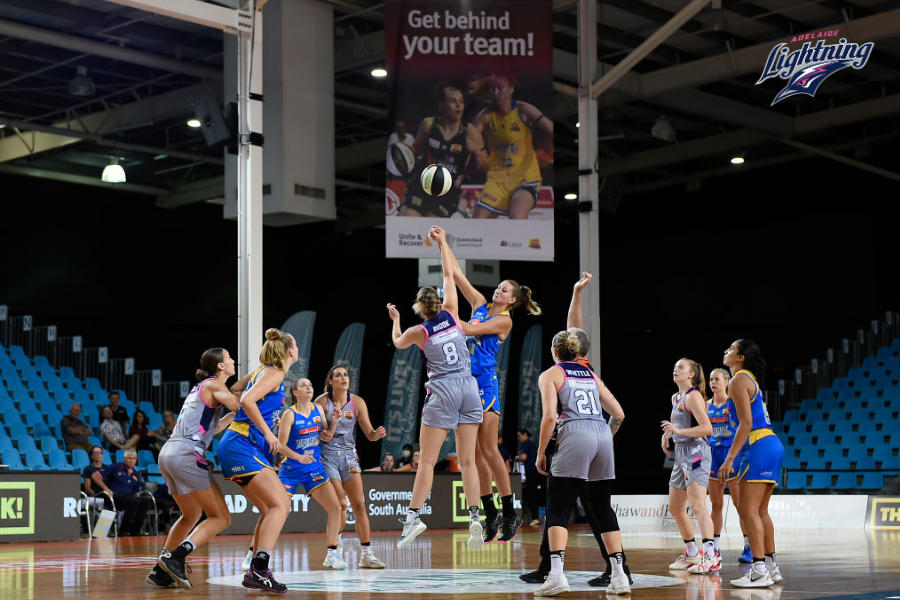 A 17-point opening term from former club player Carley Ernst forced the Lightning to switch on after quarter time. From the second quarter onwards, the Lightning showed immensely positive signs as they came away with a crucial season saving 69-59 victory over the Bendigo Spirit. The Lightning did it by committee led by Captain Steph Talbot (15 points, 6 rebounds and 3 steals), Alex Wilson (14 points, 3-8 from beyond the arc, 3 rebounds and 4 steals), Abbey Wehrung (12 points and 3 assists), Chelsea Brook (11 points, 7-7 from the free throw line) and Marena Whittle (10 points, 5 rebounds and 3 assists). For the Spirit it was all about Ernst who finished with a massive double double of 32 points (4-9 triples) with 15 rebounds (4 offensive) and Tessa Lavey with 17 points and 6 assists.

Whittle started with a loose jumper before Ernst answered with a pair of early triples and a couple of inside buckets sparking a 0-12 run for the Spirit and timeout to the Lightning. Wehrung halted the momentum with back to back three pointers, but the Spirit were smashing the Lightning on the glass 0-11 before they grabbed their first halfway through the first half. Ernst dropped her third triple of the quarter, Amelia Todhunter found a layup and after the first quarter buzzer sounded, it was clearly the Carly Ernst show. She dominated the opening term with 17 points to give the Spirit the lead 12-23.

Carlie Smith dropped the two from the corner to get the second underway before she found Talbot with the open triple. Wehrung assisted Louella Tomlinson for a reverse layup for a 7-0 run before Ernst found the bottom of the basket for another one. She then hit a nice floating jumper but Ally Wilson came down and hit her second three of the quarter as the Lightning pushed their way back into a scrappy contest 33-34 at the half.

Brook found Whittle inside the paint to open the third before Demi Skinner found her first points of the night inside as well. At this point, Chelsea Brook started to take control. She got the seal and the and-1 play on the inside, Lavey then rained one home from deep but the Lightning took control of the contest from there with Wehrung finishing with the left at the rim. At three quarter time the Lightning led 59-47.

Ernst grabbed an early bucket for the Spirit in the fourth before Wilson then hit a fade away step back jumper answer but a couple of offensive boards to Ernst and Froling resulted in scores and a timeout was burned to stop any Spirit momentum. Whittle got the steal out of timeout for Talbot to get out into the open floor. From that point on, Whittle grabbed some big offensive rebounds to seal the match 69-59.

–          Carlie Smith was important when she came on court, she grabbed 4 crucial rebounds that kick started the Lightning on the boards

Abbey Wehrung made it two from two against her former side however it was another frustrating slow start for the team. “We didn’t start well, we found some energy and had to grind it out, it’s good to get the win,” Wehrung shared post-match.

Wehrung cited the Lightning needed to tighten up their defence after their former player Ernst gave them a torching in the first quarter. “Carly was pretty much hitting everything so we had to stop her and lock her down, we’ve been working on a consistent 40 minutes, we still didn’t have that tonight but it was better,” Wehrung summed up about the match.

The win keeps our season alive and it’s all going to come down to beating the only team we have not played this season; the Townsville Fire.