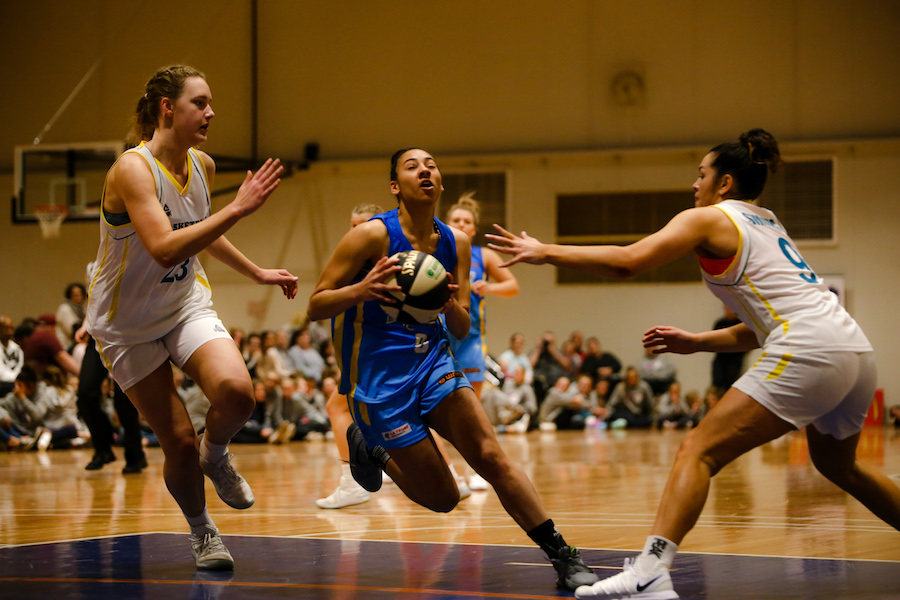 FRESH from her first WNBL season with Bendigo Spirit, Ahlise Hurst has been named in a preliminary Australian Gems squad to contest the 2018 FIBA Under-18 Asian Championship.

Hurst is one of four players with recent WNBL experience in the 18-player squad, alongside Miela Goodchild, Haylee Andrews (both Townsville Fire) and Chelsea D’Angelo (Melbourne Boomers).

The squad also includes a trio of players from Australia’s FIBA Under-17 Oceania Championship gold medal-winning team, Jazmin Shelley, Samantha Simons and Goodchild. Hurst, who is busily preparing for the 2018 SEABL season with Bendigo Lady Braves, and her 17 fellow squad members will attend a training camp at the basketball Centre of Excellence from May 12-14.

The 18-year-old Spirit development player was one of the bright spots for a Spirit team, which finished the 2017-18 WNBL season in last place.

Hurst shot to prominence with a 15-point game against eventual champions Townsville in December.

Hurst is the second Lady Braves player to be chosen in the Gems squad in the last two years, following in the footsteps of her former team-mate Chloe Bibby in 2017. The top four teams at the Asian Championship will earn qualification to the 2019 FIBA Under-19 World Cup.

The Gems have a proud history of success on the international stage, having claimed World Championship medals across three decades and the team has been the springboard for the international careers of Opals legends including Kristi Harrower and Lauren Jackson.