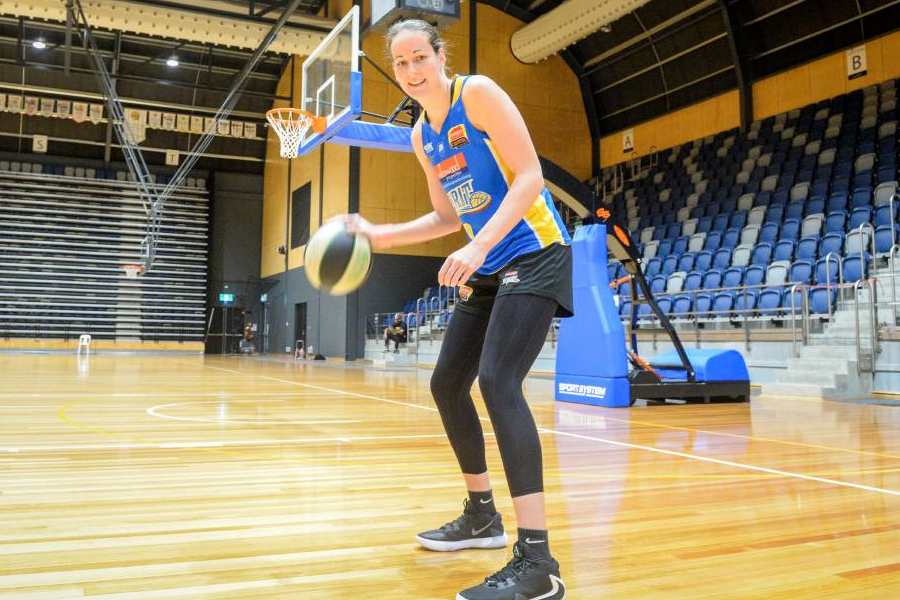 Alicia Froling raring to go after a season on the sidelines

There has been a lot happen since Alicia Froling first put pen to paper to ink a contract with the Bendigo Spirit in early 2019.

But as the condensed 2020 WNBL season inches closer to tip-off, the 24-year-old can barely contain her excitement for what lies ahead.

The former college standout at Southern Methodist University (SMU) was earmarked for an important role as part of new coach Tracy York’s inaugural roster in 2019-20 before succumbing to a wrist injury that required surgery.

It meant Froling did not play a single game for the Spirit.

After a winter without basketball and a long absence apart from team-mates due to the COVID-19 pandemic, Froling is thrilled to be back on court and even more elated to be getting her Spirit career off to a belated start.

“It was really frustrating (last season), I hurt my wrist and it’s my shooting hand too,” she said.

“It’s been tough and I’m still not 100 per cent in form, but I’m getting there and I feel confident with it.

“It’s exciting to be back, but it definitely sucks missing last year.”

With the demands on WNBL players never likely to be greater than they will be this season, with each team to play 14 games (and finals for those who qualify) across six weeks, Froling said she was confident of withstanding the rigours of a gruelling season.

“We’ve been doing sessions over Zoom for the past almost six months, so I think that definitely helped,” she said.

“Just getting prepared, it’s part of what we do as athletes.

“It is going to be really tough, but we have just got to take it as it comes.”

On that point, Froling expected the season to be ‘a real survival of the fittest’.

As clubs anxiously await the release of the draw, Froling admits she will be keeping close tabs on when the Spirit come up against the Canberra Capitals, who will be shooting for a third-straight WNBL championship.

The clash will be the first to pit the Froling twins against each other in the national league, with Keely, who played one SEABL (now NBL1) season in Bendigo with the Braves in 2016, again lining up with the Caps, and Alicia now with the Spirit.

Keely Froling during her stint with the Bendigo Braves in 2016.

“My sister and I have already had a few conversations about that,” she said.

Froling, who was previously a development player alongside her twin with the Townsville Fire from 2011-14, believed her transition back to the WNBL would be made easier by the season being played in hubs in Cairns, Mackay and Townsville.

“I have family from Mackay, I’m obviously from Townsville and I know a lot of people in Cairns, so I think everywhere that I play I will have people there,” she said.

“Just to get to play at this level in front of family is a pretty rare thing to do, so I’m excited.”

Froling joins the Spirit after averaging 9.2 points, 11.3 rebounds and 2.2 assists per game in her most recent season in the Queensland Basketball League (QBL) in 2019.

Spirit coach York believed Froling would be a great addition to the team with her defence and rebounding prowess.

“Alicia is an outstanding athlete – it would have been great to have her last year,” she said.

“She’s a very good rebounder, so she will basically be jumping out of her skin to play.

“She’s a great addition to our group