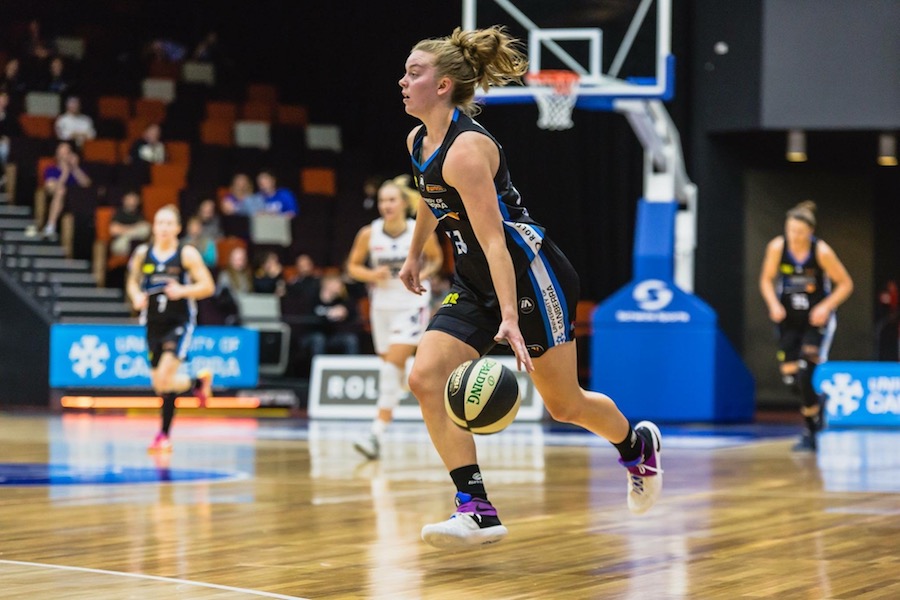 Another country Victorian star signs for The Spirit

Emerging star Abbey Wehrung has signed with the Bendigo Bank Spirit for the 2018-19 WNBL season.
The 22 year old point guard was on the Opals radar for this year’s Commonwealth Games, fresh from starring for the Emerging Opals in their World University Games gold last year.

She had a standout 2017-18 WNBL season with the University of Canberra Capitals, and is looking forward to again working with Spirit coach Simon Pritchard.
“I’m so excited and super keen for a new beginning in Bendigo, to be coached under Simon and to be a part of the great team that he will put together,” she said.
“I’m looking forward to really working hard and improving my game under Simon. He’s had a lot to do with my basketball since under 17 level and I know he has a lot of belief in me and my game.
“I’m just thrilled to have signed on with the Spirit. I’m also really keen to be close to home and family, as well as being back in country Victoria where it all began for me.”

Abbey is from Korweinguboora, just outside Daylesford, and has been one of Ballarat Rush’s standout players in the SEABL.
“Abbey has been an impressive player since coming through the Guy Molloy-led Ballarat junior program,” Pritchard said.
“I first worked with her at the 2012 Under 17 Sapphires team in Amsterdam. She moved to Canberra to kick start her WNBL career and has continued to grow faster than her contemporaries.

“We are proud to bring Abbey back to country Victoria. She was produced here and we want to see her reach for the Opals over the next couple of seasons.”
Pritchard said the gutsy shooter will bring hard work to the Spirit on and off the court.
“Abbey will fit in nicely to our team as she is an unselfish blue-collar worker who exudes all the qualities we embrace at the Bendigo Spirit,” he said.
“Abbey’s defensive ability will help us to get our team defence back to level of previous Spirit teams.
“She will start working at our first mini-camp in the second week of April.”