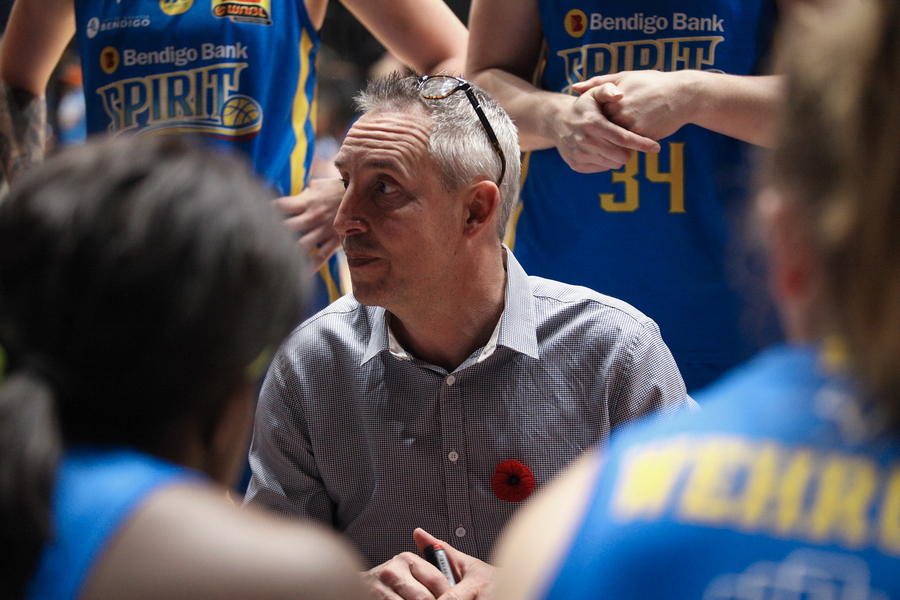 There is a fine line in the WNBL this season and so far Bendigo Spirit have remained on the right side of it.

The Spirit entered the season outside of many people’s top fours but have shown resilience and poise posting a 5-2 record, good enough for second spot on the ladder going into this weekend.

But the Spirit are taking nothing from granted as they prepare to host the Dandenong Rangers (2-4) at Bendigo Stadium on Friday night then visit Sydney University Flames (0-7) in Sydney on Sunday.

The Spirit’s last two wins have been two-point margins, so as happy as coach Simon Pritchard is with his side, he knows things can change quickly.

“So we don’t take it for granted and know we are only in the first third of our season.

“Our mission is to make the finals and we have 14 games left to do that or mess that up.”

The Spirit have rode some savvy recruiting and some good fortune to their strong start as long-time Opals point guard Natalie Hurst has marshalled the Spirit well, while veteran imports Becca Tobin and Barbara Turner have given the group no-nonsense persona as have the likes of Louella Tomlinson, Nadeen Payne and Marena Whittle.

A number of those players have been winners either in Europe or at previous stops in the WNBL led by Hurst.

“Becca has won twice in Germany, Barbara has won titles in Europe and the glue is Natalie Hurst with her ability and the respect she holds among the group,” Pritchard said.

“She knows when to take shots herself or set them up for others and she is so comfortable in her role leading as a point guard that she has the capacity to look out for others on the court.”

The Spirit had an 87-65 win over Dandenong on October 20 and pipped the Flames in Bendigo last Sunday as Payne’s lay-up with four seconds left gave them a 66-64 win.

The Rangers will travel to Bendigo determined to turn around their recent struggles and Pritchard said this game would be a true test for both rosters.

“Last time Dandenong came here it was their second game of the round,” Pritchard said.

“This time they will be coming in fresh so it will be a true test for us and for them.”