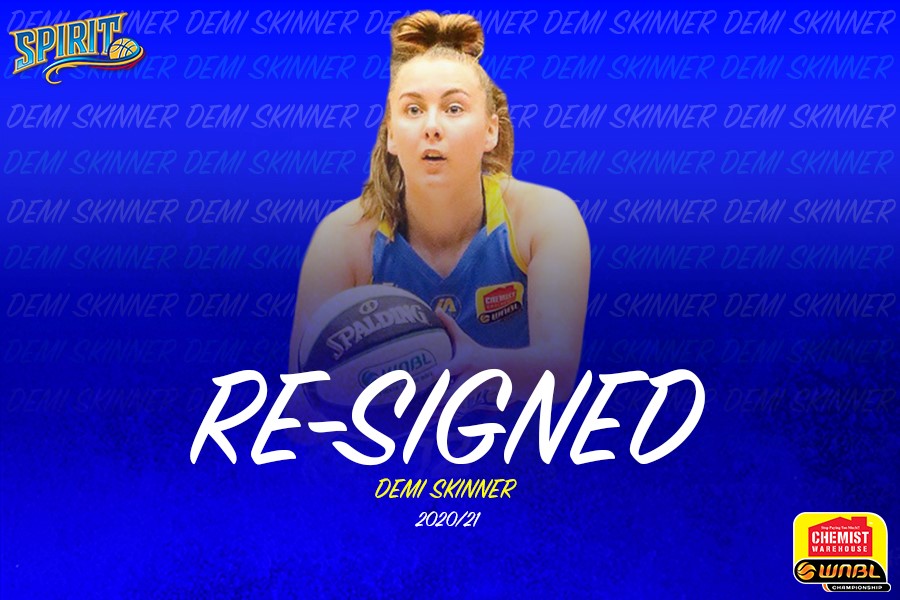 Demi Skinner returning with the Spirit

Following an impressive rookie season in the WNBL, the Spirit are pleased to announce the re-signing of Demi Skinner.

Having spent her first season in Victoria and in the WNBL, Skinner couldn’t be happier to say “I’m super excited to be returning for my second year with the Bendigo Spirit. I can’t wait to be back for a great season surrounded by the awesome Spirit fans.”

In her debut season, Skinner averaged 21 minutes, 9.1 points and 3.5 rebounds for the Spirit. Scoring 10+ points in 7 games, as well as sinking 6/10 from the three point line in their first meeting with Townsville Fire for a game and career high 26 points.

Demi has made another transition for the off-season. From playing in the QBL (NBL1 North) during the 2019 season, to being recently announced to play with NBL1 South top 4 team from last season’s competition, Ringwood Hawks.

Head Coach York was pleased to speak about the latest signing, saying “We are excited to announce that Demi Skinner has signed again with the Bendigo Spirit for the 2020/21 Season.  Demi had a break out first WNBL season with the Spirit and proved to be a valuable asset to the team and organization.  She has showed she can play at this level and her versatility and personal attributes were instrumental in the Spirit wanting to get Demi back next season.  She will join Carley Ernst and Alicia Froling who are already signed for 2020/21.  We wish her well in the off-season and look forward to what the next WNBL season will bring.”