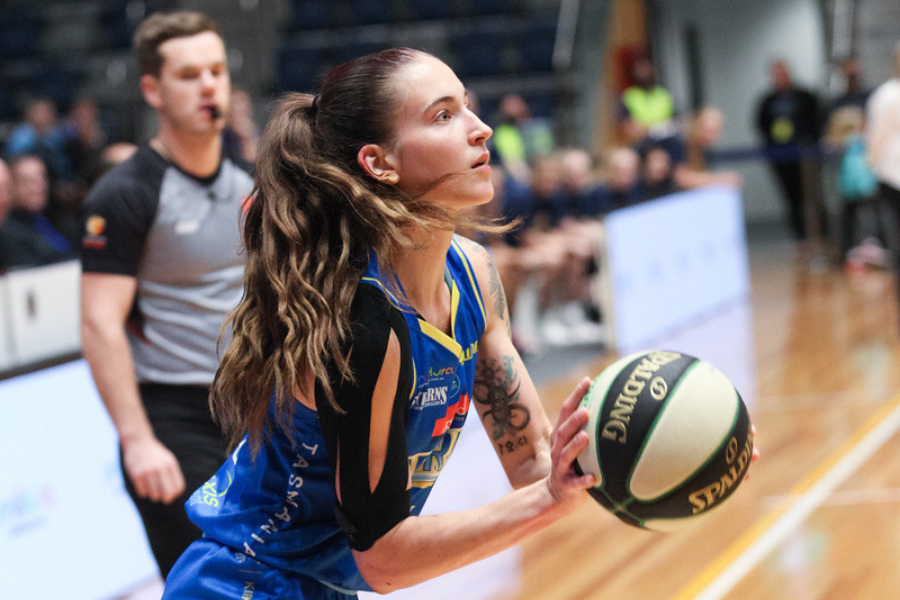 Maley delivers in a big way

Spirit fans witnessed one of the best individual games ever played in the blue and gold on Wednesday night, as the Villawood Bendigo Spirit took on Canberra in the Bush Capital.

Small forward Anneli Maley finished the game with an amazing 38 points and 19 rebounds, to top the league in both stats heading into Christmas.

It was the highest score from a Spirit player since Kristi Harrower hit 40 points against Dandenong more than a decade ago.

However, Maley’s heroics weren’t enough to overcome the Spirit’s slow start to the game with Bendigo going down 88-100 in one of the highest-scoring matches of the season.

The Capitals jumped out of the blocks, and led by 14 points half-way through the first quarter.

A late 7-2 run from the Spirit managed to narrow the quarter time score to 18 – 27, but a lot of damage had already been done.

A topsy-turvey game saw Bendigo climb back to within two points in the second quarter, but the difference was still 10 at the half.

Despite Canberra threatening to run away with the game at times, the Spirit hung tough against an offence dominated by American import Brittany Sykes.

Only three other Spirit players hit double figures for the game. Maddie Garrick finished with 12 points in another consistent performance.

And Alex Wilson looked impressive at both ends of the court in her second game for Bendigo, finishing with 11 points.

“The Caps started the game really well and put us on the back foot early,” she said.

“We were playing catch-up from then on and we just couldn’t reel them in, despite a heroic effort from Anneli.

“Brittany Sykes was unstoppable and, in the end, proved the difference in the game.”

The Spirit travels to Sydney after Christmas to take on the Flames on December 29.