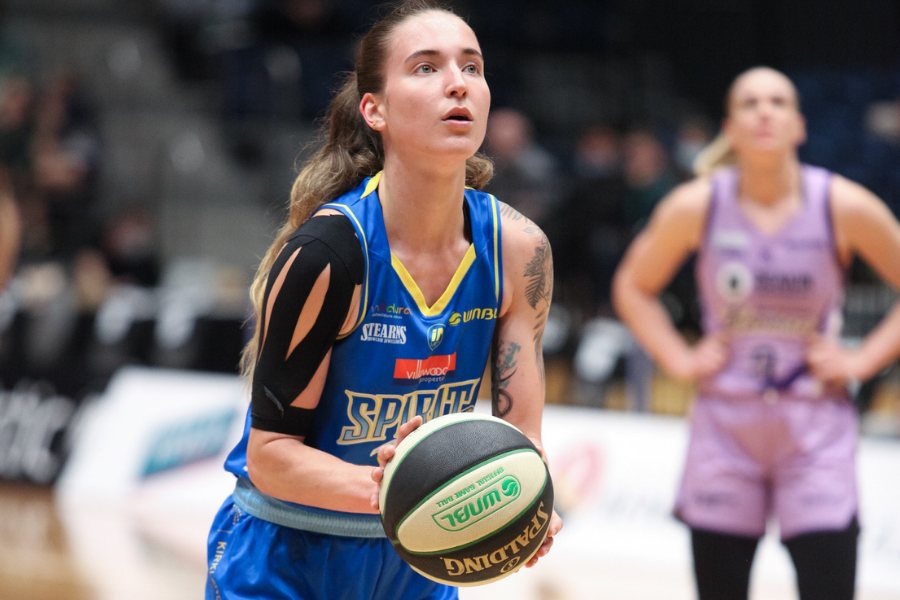 Spirit delivers a win for the ages

The Villawood Bendigo Spirit celebrated the return of fans to their home court on Wednesday night with one of the most inspirational wins the new Bendigo Stadium has seen.

Facing a Melbourne Boomers team choc full of Australian Opals and WNBA starters, the Spirit produced a stunning defensive display to run out winners 63-58 in front of a very vocal crowd.

The Spirit shot out of the blocks early, with a 19-11 first quarter. As it was in their last game, scoring was shared around, with Maddie Garrick, Anneli Maley, and Megan McKay finishing the term with four points each.

As expected, the Boomers hit back in the second quarter to reduce the lead to 32-28, but the Spirit’s defensive strategy was making a difference.

Bendigo dominated the rebounds in the first half, despite going up against the Opal’s front court of stars Cayla George and Ezi Magbegor.

Not much separated the teams in the second half, as they slugged it out like heavyweight boxers, in what was an unbelievably physical encounter.

Whenever the Boomers looked like they were getting on a run, the Spirit countered, led by rebounding sensation Maley.

Maley scored 10 points in the third quarter, and ended the game with 18 points and 13 rebounds.

Tessa Lavey was vital in the Spirit win, with a remarkable performance at both ends of the court. She finished with 12 points and six assists.

Garrick finished the night on 11 points and four steals.

Coach Tracy York said the entire team rose to the challenge and rode on the back of the enthusiastic crowd.

“The girls came out and played every minute of the match with grit and intent,” she said.

“They stuck to the game plan and the challenge to play better defence throughout for four quarters.

“I believe we did this to perfection while executing offensively to play an exciting brand of basketball.

“This was an exceptional win, and I am very proud of the group. We look forward to continuing to improve every game and seeing our home fans again very soon.”

The Spirit take on the Boomers again in their next game, on Sunday, December 19 at the Bendigo Stadium.