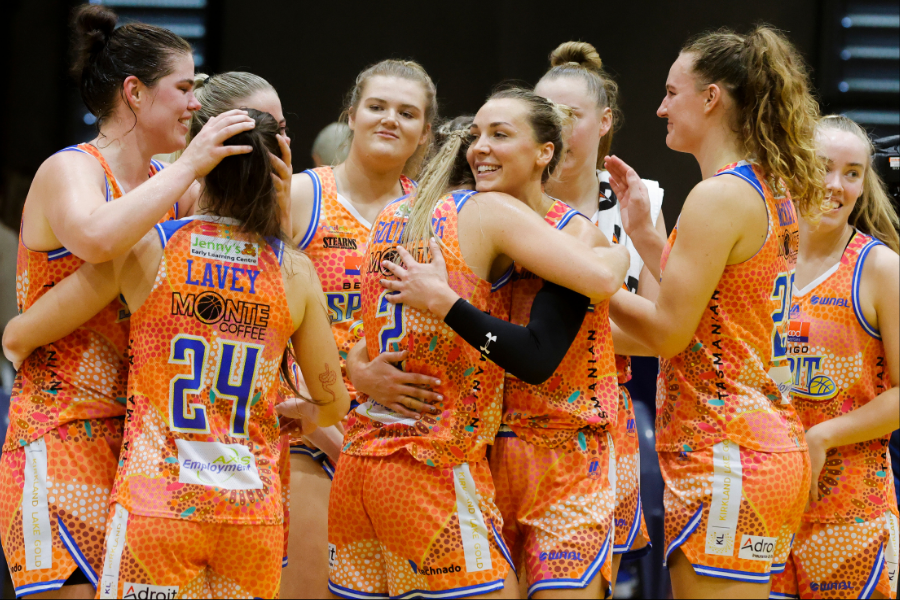 Spirit ends the season with a stirring win

The Villawood Bendigo Spirit ended their 2021-22 WNBL season in style, with a rousing win away against the Sydney Flames on Sunday.

Led by a spritely Maddie Garrick, the Spirit was no match for the Flames, with Bendigo never headed and running out winners 85-73.

Garrick had 19 points at half time and 100-gamer Carly Boag 14, coming off the bench to replace starting centre Megan Mckay who got in foul trouble early.

The 46-38 half time lead was out to 66-55 at three quarter time, with the Flames getting the lead back to six with just over two minutes to go.

But as they have done all season, the Spirit settled when it mattered most, with Garrick, Anneli Maley, and Mary Goulding hitting key baskets in the final straight.

Garrick finished with a brilliant 32 points, showing how good the championship guard is.

Boag ended the game with 16 points, and despite only scoring two points in the first half, Maley finished with another double-double, with 13 points and 13 rebounds.

Captain Tessa Lavey showed her ability to dominate a game without bothering the scorers too much. While she finished with only one point, a near-double-double of 10 rebounds and nine assists highlighted her class.

Coach Tracy York was again ecstatic with her team’s performance.

“I am extremely proud of this team. We were disappointed last week and had to wait eight days for our final game of the season,” she said.

“We won every quarter in a consistent performance.

“A great team effort and another spirited win by a group of talented athletes.”

“Maddie Garrick came out on fire and had her highest scoring game for the season and again played a key role defensively,” she said.

“Carly in her 100th game came off the bench and was outstanding at both ends of the court.

“And the floor general – Tessa – did it again.”