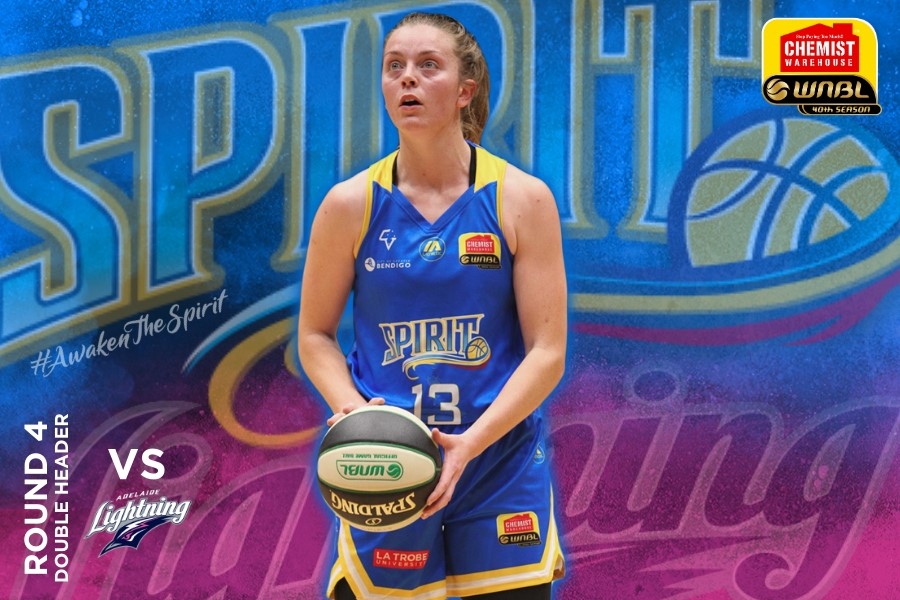 Spirit look to tally another win, in round 4 double header

The Spirit secured its second win for the season against the Adelaide Lightning on Friday night.

With full stat line of, 12 points, 12 rebounds, 2 steals and 2 blocks, Becca Tobin was welcomed back with open arms to the Spirit side and the WNBL20.

A poor shooting night from both teams allowed for the game to move into the paint, which was a staggering number from both Bendigo and Adelaide, 30 points to 36.

Impressive output from the Bendigo bench keep the team in the game with 37 points being produced, compared to Adelaide’s 0 points.

The score margin stayed close all game until the end of the 3rd when the Spirit got out to a ten point lead, 56-46. Which they then held until the end of regulation, with a final margin of 67-54.

Bendigo Spirit game MVP was awarded to Abbey Wehrung who came out firing without any hesitation. Scoring 16 points and 3 rebounds for the contest.

Moving the Spirit’s record to 2-3 for the season – with hopes of securing another win in today’s afternoon clash against the Southside Flyers.