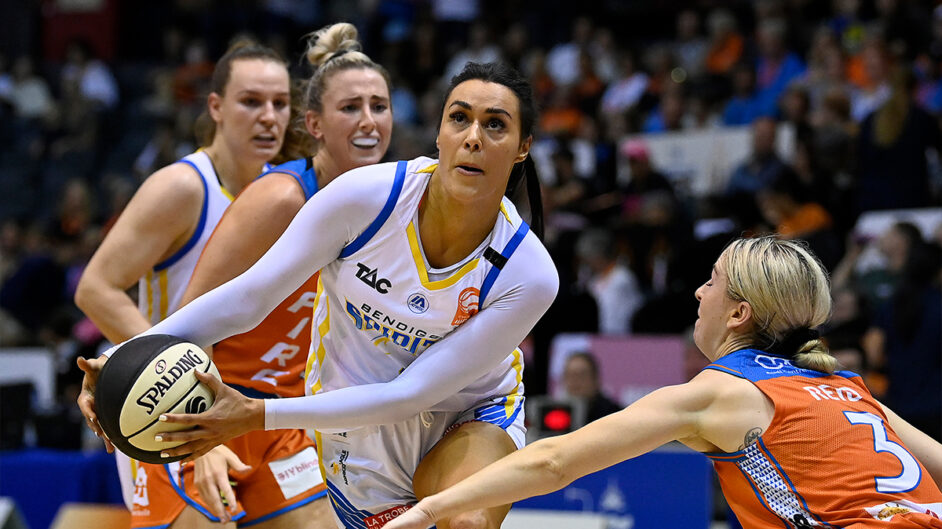 SPIRIT MOVE TO 4-0 AFTER NAIL-BITING FINISH IN TOWNSVILLE

Bendigo Spirit have moved to 4-0 after a hard-fought win over the Townsville Fire, giving the club their best start to a season since 2013.

With both teams entering the game undefeated the expectations around the game were high, and it’s safe to say the contest lived up to the hype.

It was a tight affair throughout the entire game, with just a point margin separating the two teams at both the quarter and half-time breaks.

Townsville came out firing in the third quarter opening the half with a 6-0 run to put them up by five, before four straight buckets from Alicia Froling for Bendigo saw the side take a two-point advantage into the final frame.

After trading buckets throughout the fourth a massive three made by Anneli Maley to put the team up with just 1:14 left in the quarter was the difference in the end, with Bendigo up two when the final buzzer sounded.

Spirit’s work on the glass continues to be a force with the side earning 11 more boards than the opposition, helping them to a massive 16 second chance points.

Alex Wilson and Kelsey Griffin led the team in scoring with 16-points each, while Tianna Hawkins was dominant for the opposition with 21-points.

Anneli Maley had her third straight double-double racking up a massive 16 rebounds to go with her 12 points.

Bendigo Spirit take on the Sydney Flames in their second meeting with the side this season on Sunday 4 December at Qudos Bank Arena.