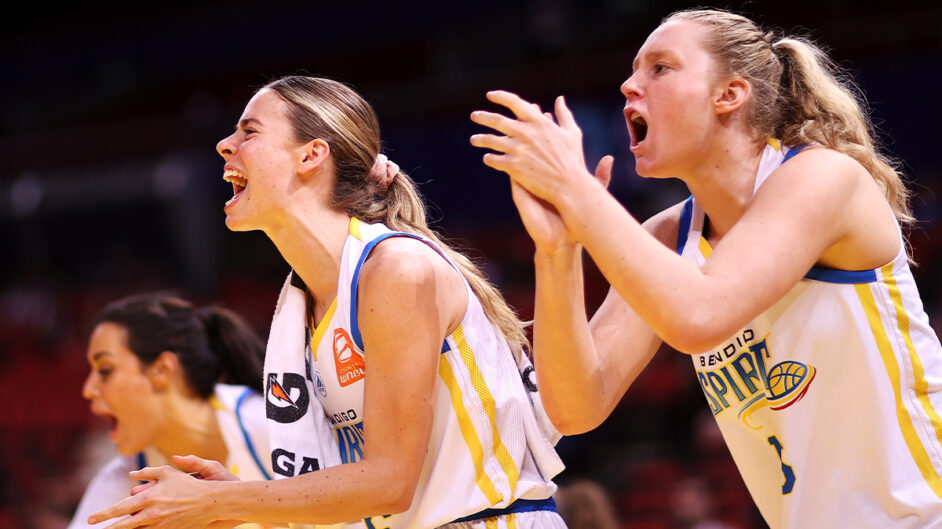 After a tough first half challenge that saw Bendigo down six points at the main break, the side fought hard to keep their record unblemished and move to 5-0.

The Flames effort couldn’t be faulted, but the experience of the Bendigo side proved too much to overcome down the stretch.

Spirit started the game lacking polish with a majority of their 21 turnovers coming in the first half, whilst giving up multiple offensive rebounds.

The side turned it around after half-time however, coming out firing and putting up a massive 24 points while holding the opposition to just nine in the third term.

Alicia Froling brought great energy and production off the bench posting a massive nine points, three rebounds, an assist and a steal in the quarter to spark the offence.

Bendigo took this momentum into the fourth quarter outscoring the Flames 12-27, to seal the side their fifth consecutive win.

The reigning MVP has extended her double-double streak to four games, posting 26-points and 11-rebounds in a massive performance against Sydney. Keely Froling was the leading scorer for the opposition with 17-points.

Anneli Maley led the team in scoring with 26-points on eleven made field goals, to go with her 11 boards.

After the round Maley is now averaging 18.8 points at an impressive 47% from the field, putting her second in the league for total points scored and fourth in average points per game.

Her impressive work on the glass also has her as the league leader in both total rebounds with 61 & average rebounds per game with 12.2.

The team will be looking to equal Bendigo Spirit’s best ever start to a season when they take on the Adelaide Lightning next Saturday 10 December at Mildura Sporting Precinct.