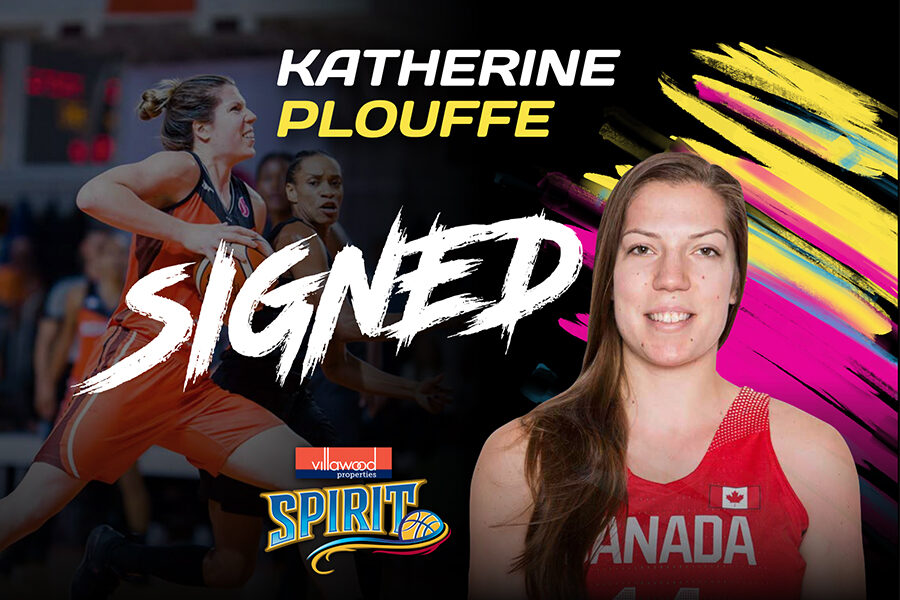 The Villawood Spirit has signed yet another international-level player to its 2021 WNBL roster.

Plouffe is the Spirit’s final main-roster signing for the upcoming season, and comes to Bendigo with an exciting resume.

The 28-year-old played for Canada at the 2016 Olympics, alongside her twin sister Michelle and former Spirit star Nayo Raincock-Ekunwe.

She also represented Canada at the 2015 Pan American Games and 2014 FIBA World Championships.

Plouffe stands at 191 centimetres and will play alongside young gun Megan McKay in the paint this season.

“She has been a Canadian national team player, and is in their current 3×3 team.

“She comes to us after playing in France for Basket Landes and winning the semi-final MVP this year.

“Katherine will bring experience and versatility and we think she’ll complement our roster very well.”