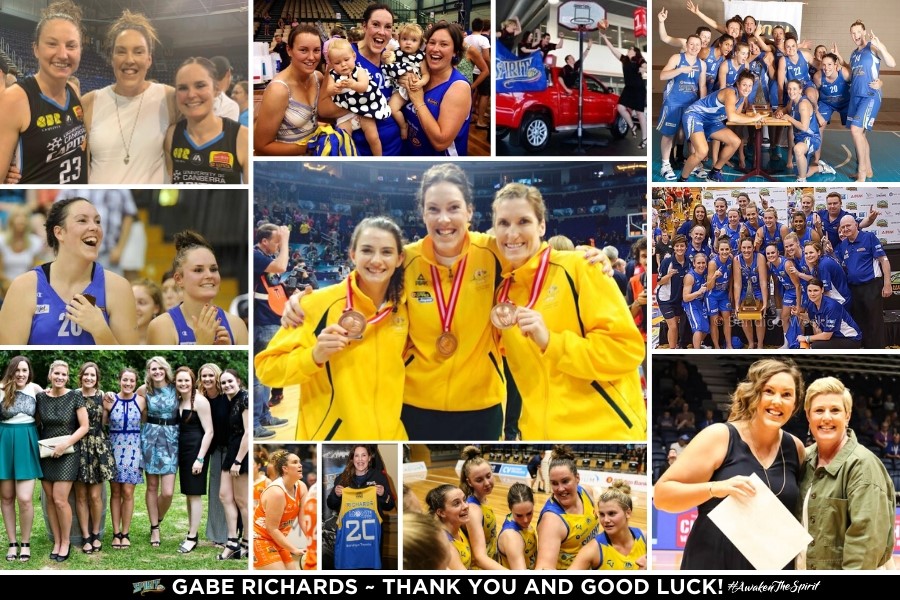 Tonight, as the Spirit take on the Perth Lynx for their final home game of the season, we will also see Gabe Richards take the floor at Bendigo Stadium as a player for the last time.

Gabe has worn a Bendigo Spirit uniform for almost every season the Spirit has been alive in the WNBL, amassing to 252 games, should she escape injury and see out the final road double next round.

Starting out playing in Seymour, Gabe has made her way from a region stage, all the way to the very top, representing Australia and claiming a Bronze medal at the 2014 FIBA World Championship in Turkey.

Gabe will finish the WNBL20 season with a total of 294; 252 games with the Spirit alone, and 42 from her time as an AIS scholarship player.

Richards as scored an incredible 3437 points, grabbed 2156 rebounds (8th all time!) and sent 183 balls to the grandstands in blocked shots. She has well and truly left her mark on the game of basketball…. and counting 😉

A 2x WNBL Champion and 2x WNBL All-Star Five member, for the 2013 and 2014 Bendigo Spirit teams, Gabe has been here through it all. While achieving one of the highest honours in being given WNBL Life Membership in 2019.

We as a club thank Gabe Richards for all she has done on the floor and behind the scenes. Not only as a teacher and student of the game, but also for the outstanding leadership she has given Bendigo over the course of her career. Congratulations on all the accolades you have received, and we have no doubts this will not be the last time we see her around a basketball court.