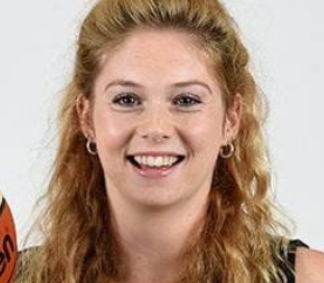 THERE IS SOMETHING ABOUT MARY – SPIRIT SIGN SHARPSHOOTER GOULDING

Mary Goulding will make her WNBL debut for Bendigo in the upcoming season.  New York’s Fordham University Graduate will join the ranks of the Spirit when the season commences in November.

Hailing from Rangiora in New Zealand the recently named ‘Tall Fern’ enjoyed a stellar career during her three years at Fordham which was capped off with the Atlantic 10 Championship last year in a team which she captained, and was named Most Valuable Player amongst a raft of other accolades.

Mary had always intended on entering the professional ranks after her college career and had her sights set on Europe with an opportunity in Sweden until the global pandemic steered her to Australia and a conversation with Spirit Head Coach Tracy York.  There was something about Mary that York liked.

“Everything about Mary impressed me.  I watched plenty of her tape but when we spoke she confirmed that she is the right kind of person for the Bendigo Spirit.  She is a team first player with a high IQ and confidence.”  York said.

Goulding led Fordham in overall field goal percentage at 47.9% and 39.8% from the three in her outstanding senior year with the Rams.  But it is not just shooting that Coach York sees in the Kiwi.

“Mary will also bring those one percenters to the team, she hustles, rebounds and leaves everything on the floor”

Mary, was due to play in the Queensland NBL1 with the Rockhampton Cyclones, and now is looking forward to her next adventure.

“I am really excited to join the Spirit family for the 2020/21 season. I have a soft spot for Australia and am grateful for this opportunity.” Goulding said

What impressed York most was the attitude that Mary brings to the table on and off the floor.

“She is a leader and is all about making everyone else better.”  York said.

When asked about the move to Bendigo Mary added:

“The culture of the team and community really appeals to me and I hope I can be an asset to the team and grow as a player both on and off the court. I look forward to the start of season!”

So too will the Spirit fans.