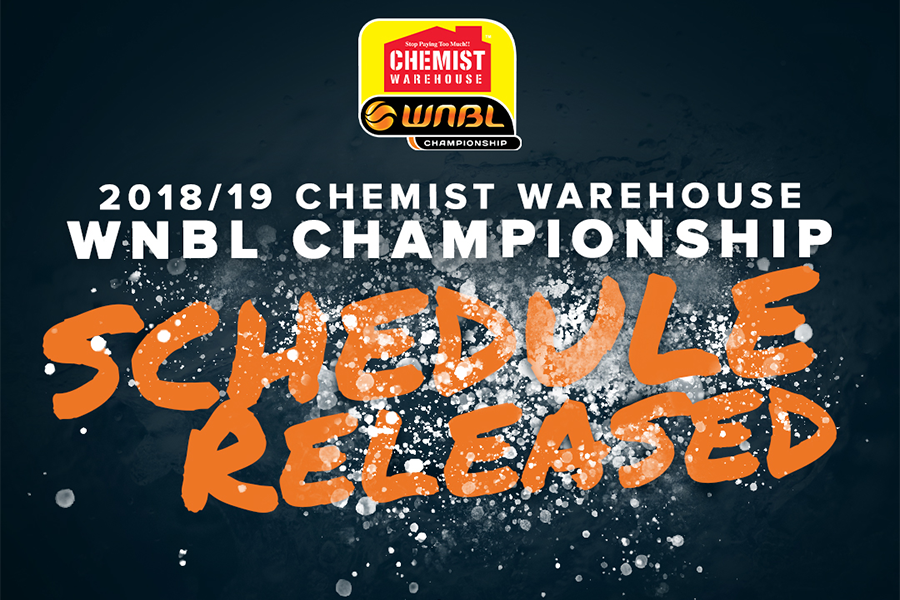 The 2018/19 Chemist Warehouse WNBL Championship fixture has been released this morning with an action-packed schedule revealed.

In an exciting new era for Australia’s longest running elite female competition the league will celebrate its 38th year with a brand-new naming rights partner in Chemist Warehouse.

Every team will take to the court once in the opening round with 84 games being played across a 15-round regular season.

“Our new partnership with Chemist Warehouse and broadcast partnership with FOX SPORTS Australia means that basketball fans will be provided with fantastic opportunities to see and engage with our amazing athletes. We truly believe that you can’t be what you can’t see, so we are extremely grateful for the support we’ll receive from Chemist Warehouse and FOX SPORTS Australia across the 2018/19 season.”

The season will tip off on October 12 with the Chemist Warehouse Wellness Round, to be spread over both round one and two, a fun and exciting fan orientated activation that will take place across all teams opening home games.

Also featured will be several double headers, the Adelaide Lighting and Brydens Sydney Uni Flames to play alongside their NBL counterparts.

FOX SPORTS Australia will again broadcast one live game per round, as well as every finals game.

The 15-round season will see the return of stars Leilani Mitchell, Marianna Tolo and Steph Talbot to the League as well as some exciting new additions with powerhouse imports.

Championship winners the JCU Townsville Fire will host a Grand Final replay against the Deakin Melbourne Boomers on Sunday November 11, after the Boomers host their traditional Melbourne Cup eve game on November 5.

Bendigo Spirit are set to debut their new show court facility on October 20, during the Chemist Warehouse Wellness round.

The 2018/19 regular season will conclude on the weekend of January 18 before two best-of-three semi-final series that will be played between the top four teams from January 26 – February 7.

The Grand Final Series, scheduled from February 10 – 17 will also be played across the best of three games with all finals series games being played in a home-away-home structure.

With an exciting new feature, the 2018/19 fixture can now be downloaded directly to a smart phone or mobile device to ensure basketball fans have the latest game information, proudly provided by ECAL.