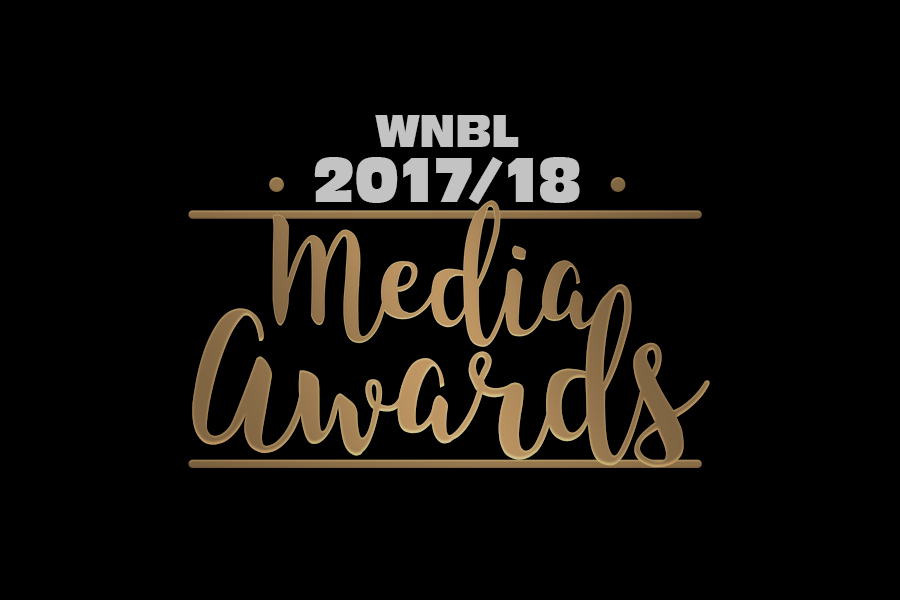 The WNBL Media Awards highlight the exceptional reporting from around the country through the season.
Below is the list of winners for the 2017-18 season.

Basketball Australia and the WNBL would like to take this opportunity to thank all media for the support and coverage they have provided the league all season.
A special mention to those who entered the awards and congratulations to the chosen recipients.

BEST FEATURE
Craig O’Donoghue, The West Australian – Lynx star Courtney Williams honours late friend in Perth stint
O’Donoghue provided readers with a glimpse into the life and past of Lynx Superstar Courtney Williams, with the American guard opening up about the loss of her childhood best friend. Williams saw the move to Perth as a journey to honour her friend’s legacy and the drive behind her every game day.
Read the full story HERE

BEST RADIO/ PODCAST COVERAGE
Megan Hustwaite, The WNBL SHOW – SEN
Over the course of the season, Huswaite teamed up with Jayco Dandenong Rangers star Sara Blicavs to deliver a weekly behind the scenes glance at the WNBL season. With big named guests including MVP Suzy Batkovic and Liz Cambage, and MAC Adelaide Lightning coach Chris Lucas, each episode gave listeners a chance to catch up on the latest news around the league.
Full episode list HERE

BEST NEWSPAPER COVERAGE
Roy Ward and THE AGE – Fairfax Media
Providing reliable, up-to-date and informative newspaper coverage all season long, the Age and Roy Ward regularly showcased the WNBL in this esteemed sports section. With round highlights and player features, the Age covered the big headlines with the return of the WNBL to the small screen with FOX SPORTS Australia, Liz Cambage taking a place with the Deakin Melbourne Boomers, Suzy Batkovic’s record breaking season and extensive coverage of the 2017-18 finals series.

BEST PHOTOGRAPH
Showing that some of the WNBL talent take ‘Watch Us Fly’ quite literally, photographer Geoff Tripp captured numerous world class moments throughout the season. This image of Asia Taylor attempting to take on the Deakin Melbourne Boomers powerhouse to sink the basket only highlighting the amazing talent of the WNBL. WRITER OF THE YEAR
Ben Waterworth
Writing for numerous News Limited publications throughout the season, Ben Waterworth provided extensive and in-depth coverage across the 2017-18 season with a focus on the marquee names that were scattered across the league. Providing round wrap ups, news on individual performances and achievements paired with stats, predictions and previews, Waterworth allowed the most novice basketball and sports fans to catch up on the latest news in the WNBL.