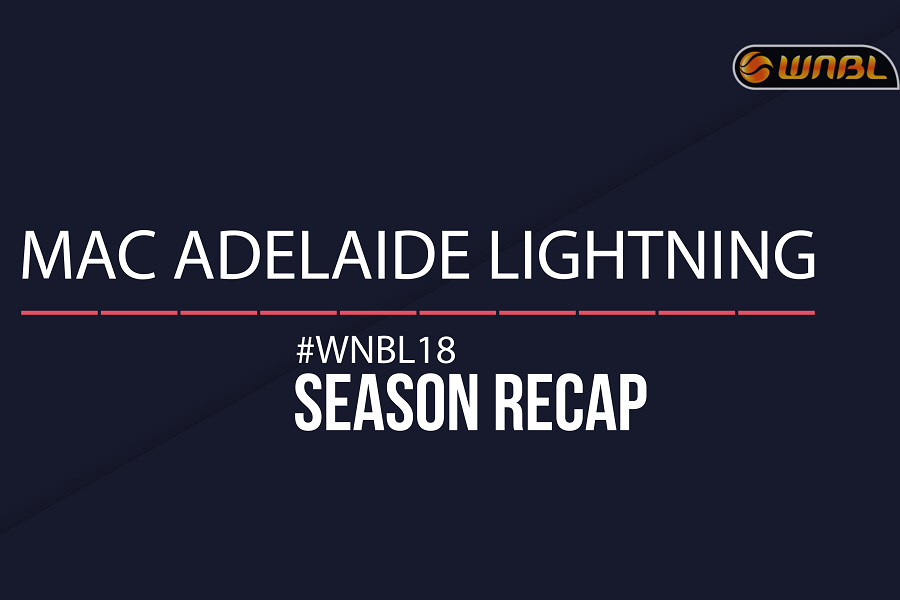 Adelaide’s successes were not limited to the court in 2017/18 with coach Chris Lucas making an incredible return to the sidelines following surgery on a cancerous growth in his kidney less than a month into the season. The Lightning’s tally of 11 wins was the most since 2013/14 and was eight more than last season, showing that this group is making significant improvements. As a team, they finished third for assists and second for steals thanks to Natalie Novosel (11.4 points, 4.8 assists, 2.5 steals per game) and Nicole Seekamp who both finished in the top six for assists individually and top four for steals. The Lightning were also equal-second in the competition for total blocks via Colleen Planeta (10.1 points, 4.9 rebounds, 1.1 blocks per game) and Abby Bishop who made a triumphant return to the WNBL this season. She earned three Team of the Week nominations and a Player of the Week award while recording 15.7 points (sixth in the league), 9.2 rebounds (fifth) and one block (tenth) per contest. Aimie Clydesdale also enjoyed more responsibility, coming over from Dandenong to average career-high’s in points (9.9), assists (3.8) and steals (1.1) while Lauren Nicholson continues to blossom into one of the WNBL’s top shooters, drilling 52% of her shots including 36% from long range for eight points per game.

While Adelaide had a fast-paced style of play that helped them sit near the top of the competition for steals, assists and blocks, they also finished third for turnovers which hurt their cause. They also struggled to contain oppositions, surrendering 78 points per game which was the third-worst mark in the competition. Two narrow losses to Melbourne sealed their fate as they finished one game short of the Boomers on the ladder while a broken finger for Laura Hodges ended her 2017/18 campaign after just two games.

Following two seasons in the WNBL, Seekamp headed to the University of South Dakota for four years before enjoying a quick stop-off in Poland and then returning to the Lightning this season. She starred in her return with two Team of the Week nominations as well as the club MVP on the back of 13.2 points, 4.2 rebounds, 5.1 assists (fourth in the league) and 2.4 steals (fourth) per game. Just as damaging at both ends of the court, Seekamp shot 43% from the field and 82% from the free-throw line on the tenth most amount of makes while also helping the Lightning restrict oppositions to the third lowest amount of three-pointers overall.

Adelaide’s back court for next season has already been bolstered by the return of Clydesdale and Novosel and if they can add Seekamp, they will have a deadly trio back for 2018/19. They have major holes to fill in the front court though with question marks surrounding the return of Hodges and Bishop. Even if one of those players does not come back next season, the Lightning will lose an experienced head as well as valuable production at both ends of the floor so you may see the club looking outside to bulk up their forward line during the off-season.

Having already proven herself at a national level as a junior, Vanessa Panousis showed signs this season that she could be a dominant force in the WNBL for years to come. She captained the Australian Sapphires at the Under-17 World Championships in 2012, won a bronze medal at the Under-19 World Champs a year later and then impressed coach Lucas at the World University Games earlier in 2017 as she helped the Emerging Opals win gold. In her first WNBL season, she averaged three points and just under an assist per game after debuting with 11 points, two rebounds, four assists and a block against Sydney Uni. Taking confidence from this season, the 22-year old will become more integral to their structures while her speed and ability to see the floor can continue to complement the likes of Novosel and Seekamp.