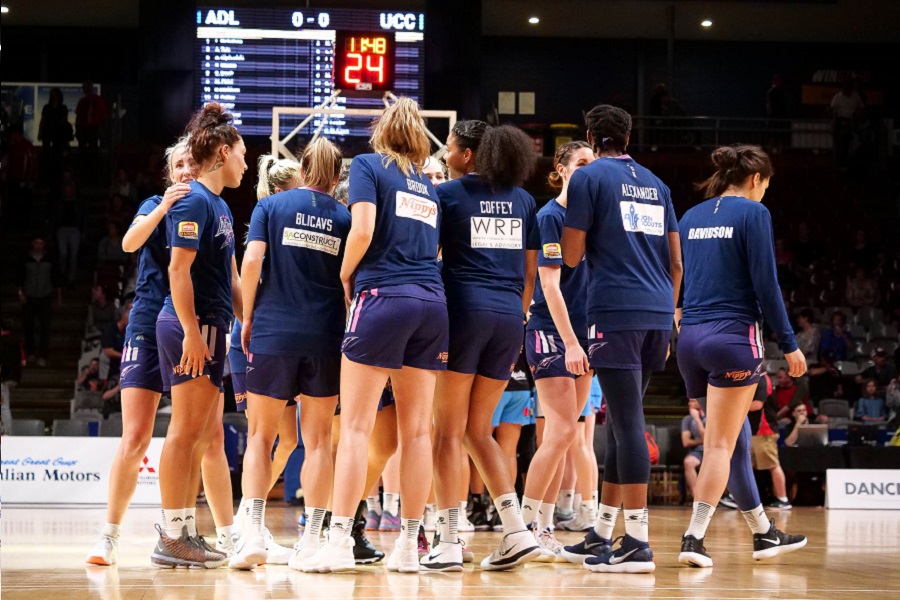 Chasing their first finals berth in six years, the Lightning came into 2018/19 having narrowly missed out on finals the previous year.

Half-way through the season, they were sitting in seventh position with a 3-6 record and after they were informed of their club’s uncertain future in Round 7, the Lightning’s finals hopes seemed dire.

However, Chris Lucas rallied his team and from that point on, Adelaide went 10-2 including a 21-point comeback win over Perth in the final round to clinch third spot on the ladder.

That set up a Semi-Final series against Melbourne, a team they had lost to on all three occasions during the regular season. However, their hot form continued with a sweep of the Boomers as they held them to 60 points in Game 1 before Nia Coffey (30 points), Lauren Nicholson (23 points) and Kayla Alexander (20 points) led the way in a 100-92 Game 2 victory.

Their run eventually came to an end in the Grand Final series against the UC Capitals but not before an unbelievable Game 2 win at home in front of a raucous crowd as Seekamp proved the heroine with an incredible buzzer-beater.

Adelaide’s good news has continued into the post-season with news that their 27-year legacy in the league has been secured by a new consortium.

The Lightning’s 3-6 start to the season, albeit without a full roster, may have cost them in the long run as they had to work hard to catch up in the second half of the season and also competed in the playoffs without home-court advantage.

Ultimately, Adelaide could not contain the Caps on the road and gave up 90.5 points in Game 1 and 3 of the Grand Final series, 16.5 points more than their season average.

The Lightning had a trio of strong performers who were hard to separate with Coffey, Nicholson and Seekamp all contributing outstanding seasons in 2018/19.

Coffey averaged 18 points (sixth in the competition), 8.4 rebounds (seventh) and 1.4 blocks (fifth), wowing crowds in her first season with her superior athleticism defensively, on the glass as well as with her jump shot.

The import’s ability to get to the rim also forced oppositions to foul her consistently as she finished first for free-throws attempted and made.

Nicholson had her best season to date in her second year with the Lightning, finishing top ten in MVP voting and averaging 12.5 points, four rebounds, two assists and 1.1 steals while shooting 48% from the field and 48% beyond the arc which are all statistical career-high’s. Nicholson also claimed the Robyn Maher Defensive Player of the Year Award and her form at that end of the floor was evident in the Semi-Finals as she shut down the Boomers’ impressive back court.

Adelaide captain Seekamp showcased tremendous leadership throughout 2018/19, steadying her team on the court during a tumultuous campaign. Recording 12.2 points as one of five Lightning players to average double-figures, Seekamp also had career-high’s of five rebounds, six assists and a league-leading 2.2 steals per game.

Having secured their future, the Lightning also locked in coach Chris Lucas for the next three years as they aim to build on this year’s success to claim their first Championship since 2008.

Adelaide’s current group look capable of great things with the back-court pairing of Seekamp and Nicholson only 26 years and 25 years old respectively while Steph Blicavs and Aimie Clydesdale are no-nonsense players who performed their roles exceptionally in 2018/19.

Once Alexander arrived, Adelaide also had a dominant front court import pairing with her and Coffey so it will be intriguing to see whether they chase those two for a return next season.

As it stands, all these players are free agents though so the Lightning must now follow up their franchise news with some key signings.

Penina Davidson was a quiet achiever for Adelaide in her first season, playing 20 games for 4.4 points and 3.3 rebounds per game while finishing fourth for the team in total blocks.

The New Zealand national who has previously been selected in the Tall Ferns squad also showed she is not afraid of the big stage in Game 1 of the Grand Final series.

She hit the court for 14 minutes, contributing four points, five rebounds, one assist, one steal and two blocks to showcase her ability to impact the game at both ends of the floor.