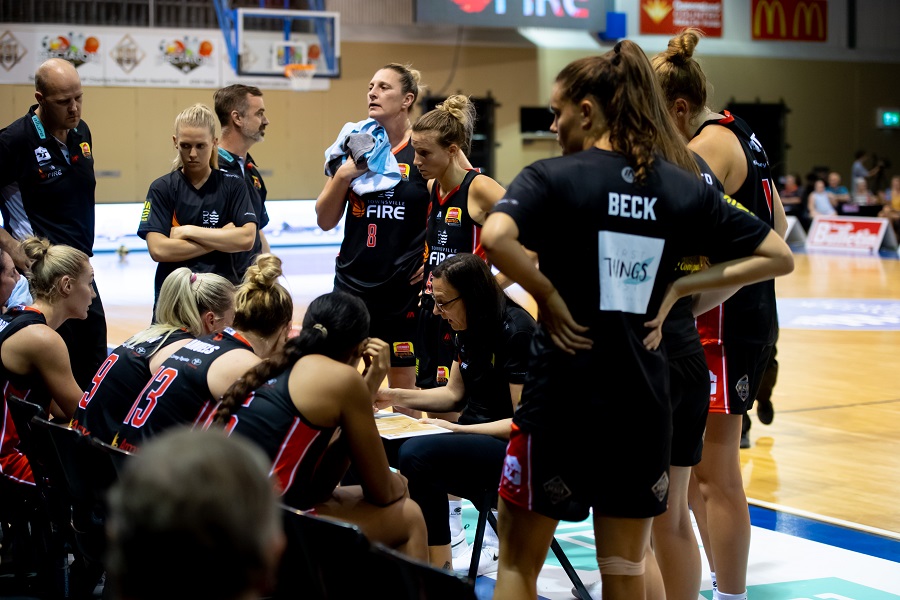 Having announced her impending retirement at the start of the season, Suzy Batkovic began her last season like any other, dominating for the Fire.

She earned four Team of the Week nods in the first seven rounds of the season and was once again among the league’s elite.

Batkovic’s sustained injuries significantly affected the Fire’s second-half of the season but it did create an opportunity for Zitina Aokuso to shine.

Aokuso has been touted by Batkovic herself as a future Opal and she the 20-year old put up 9.6 points, 5.7 rebounds and 1.1 assists per game in what was a break-out year.

Alongside her in the front court, Darcee Garbin averaged double-figures in scoring for the first time in her eight-year career and finished third for the team in blocks while Ally Malott stepped up in Batkovic’s absence, providing a presence off the bench with 8.7 points at 46% shooting and 1.4 assists.

Unfortunately, Townsville were unable to send off Batkovic on a positive note as they went 4-7 to finish the season and miss the playoffs for the first time since 2011.

Unable to defend their Championship, the Fire got a taste of what life without Batkovic will be like and it was obvious that the road will be a lot tougher.

While her absence left a hole in the paint, Townsville also struggled in the back court as they finished with the worst perimeter defence in the competition by giving up 8.9 three-pointers per game (eighth in the league) at 37% (eighth).

Despite only playing 12 games, Batkovic was still the stand-out performer for the Fire as she averaged 18.2 points and 10.3 rebounds on the season to claim the team MVP and she finished sixth in the league MVP voting.

Tess Madgen was another solid performer for Townsville with the Opals point guard posting eight points, 4.3 rebounds and four assists per contest while she featured in the Round 7 Team of the Week.

The Fire cannot expect to find another superstar in the vein of Batkovic but they do have a couple of potential prospects in Garbin and Aokuso that can keep Townsville in the playoff conversation next year.

They will need to find some offensive firepower though and a guard import could prove helpful for the likes of Micaela Cocks and Madgen who are floor generals that still provide a calming influence on court. A player that could provide a real punch to Townsville’s offence is Casey Samuels. A quiet achiever in 2018/19, Samuels made the move over from Sydney Uni to produce 5.9 points, 2.7 rebounds and an assist per content to stay consistent with what she was contributing with the Flames.

Playing 16 minutes per game and growing with confidence throughout the season, Samuels shone in Round 12 when Townsville defeated her old side by 13 points.

She scored the last 11 points of the game for the Fire, showcasing her ability to hit from distance and get to the free-throw line in positive signs moving forward for herself and Townsville.