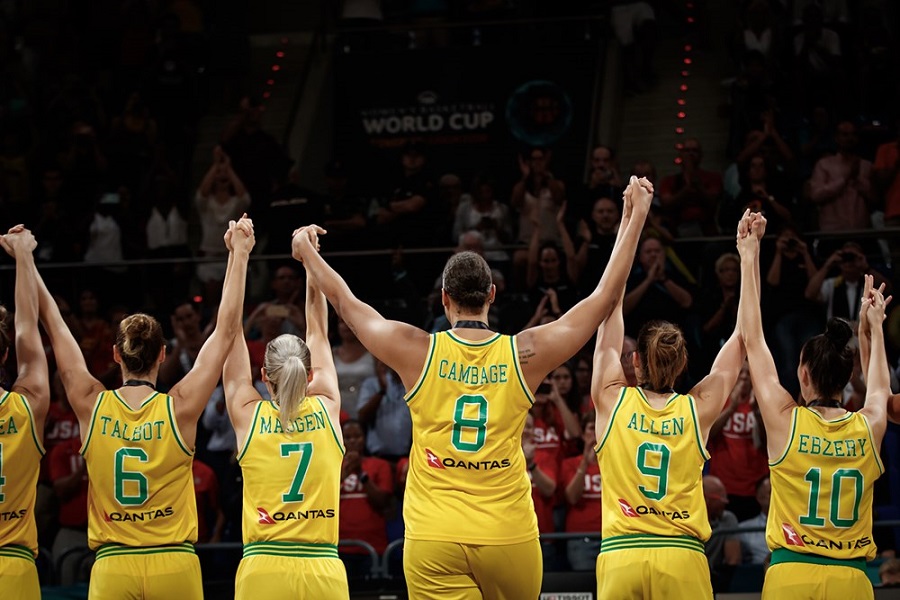 Ahead of a big year that includes the 2019 FIBA women’s Asia Cup and the start of the FIBA women’s qualifiers for the 2020 Olympics and 2022 FIBA World Cup, the Chemist Warehouse Australian Opals squad has been announced.

Featuring 22 players that have competed in the 2018/19 Chemist Warehouse WNBL season, the squad also includes all 12 Opals that won the silver medal at last year’s FIBA World Cup.

The Opals will get together for a camp on the Gold Coast from April 12-18 and a second camp will be held in Phoenix, Arizona from July 20-31 before the team for the Asia Cup is announced in August.

“These camps will be a great opportunity for the coaching staff to evaluate a larger group of players and target the ones who we believe will have the best chance of making the tournaments later in the year,” said head coach Sandy Brondello.

Sami Whitcomb and Alex Bunton, who made their national team debuts at the FIBA World Cup, have been named in the squad while the likes of Bec Cole, Darcee Garbin, Lauren Nicholson, Tahlia Tupaea, Kristy Wallace and Alex Wilson will be aiming to make their way into their first ever Opals team.

“I am most happy to see the injured players like Tolo, Mitchell and Sara Blicavs return to the squad,” said Brondello.

“We faced a lot of adversity in 2018 with all of the injuries we encountered and even though we had a great experience at the World Cup, having these players back will only make us a better team moving forward.”

Recently touring the country to take in as many Chemist Warehouse WNBL games as possible has helped Brondello in naming the squad.

“I think the overall standard of the WNBL has gotten better. I am seeing more improved skills as individuals and as a team. The competition is fierce and the physicality and speed continues to get better which are all pleasing aspects for me.”

This squad announcement is an exciting first step in what will be a significant year for the Opals.

“Following the Asia Cup in September, we have the very important qualifiers for our region in November,” said Brondello.

“A top-four finish during that qualifier will see us advance to the Pre-Olympic tournament in February where we will play against the qualifiers from the rest of the world to determine the final 12 spots for Tokyo.

“With so much at stake, every camp and the games we have together will be crucial to continue our development and chemistry as a team so that we are performing at our best when it matters.”