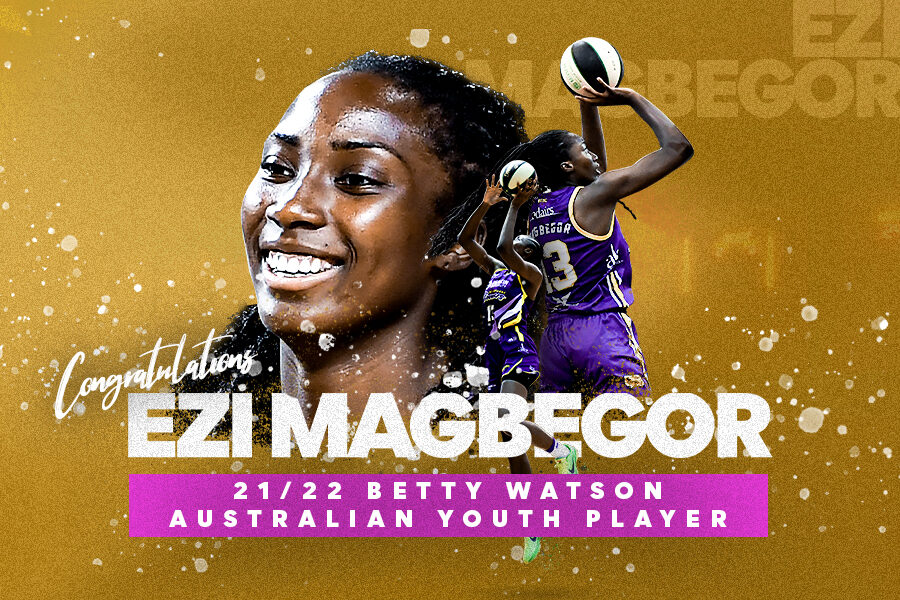 Melbourne Boomers’ forward Ezi Magbegor has taken out the 2021/22 WNBL Betty Watson Australian Youth Player of the Year after a stellar home and away season from the 22-year-old.

In her fourth WNBL season, Magbegor has been a leading performer for the Boomers, topping the team’s scoring, averaging 16.1 points per game while also contributing in defence, averaging 7.5 rebounds throughout her 15 games the season.

Having quickly become a star of the league, Magbegor adds the Betty Watson award to a list of impressive accolades, including a Commonwealth Games gold medal with the national team and the 2020 WNBA Championship with Seattle Storm, all prior to turning 22.

Thankful for this award, Magbegor is honoured to be recognised alongside a class of young talent coming through the league, nominated alongside the likes of 2020 Youth Player Shyla Heal, Jade Melbourne, Katie Deeble and Sam Simons.

“I appreciate being considered for this award and I’m very grateful to receive it, especially knowing all the young talent that is in the WNBL,” Magbegor told WNBL Media.

However, with her season far from over, as the Boomers remain high in championship contention after taking out game one of the semi-finals series, Magbegor has her eye on the ultimate prize.

“Receiving this award is an honour, but the main focus now is continuing to help my team win the WNBL championship.”

Out of the possible 42, Magbegor notched up 35 votes, polling in first place on 11 occasions.