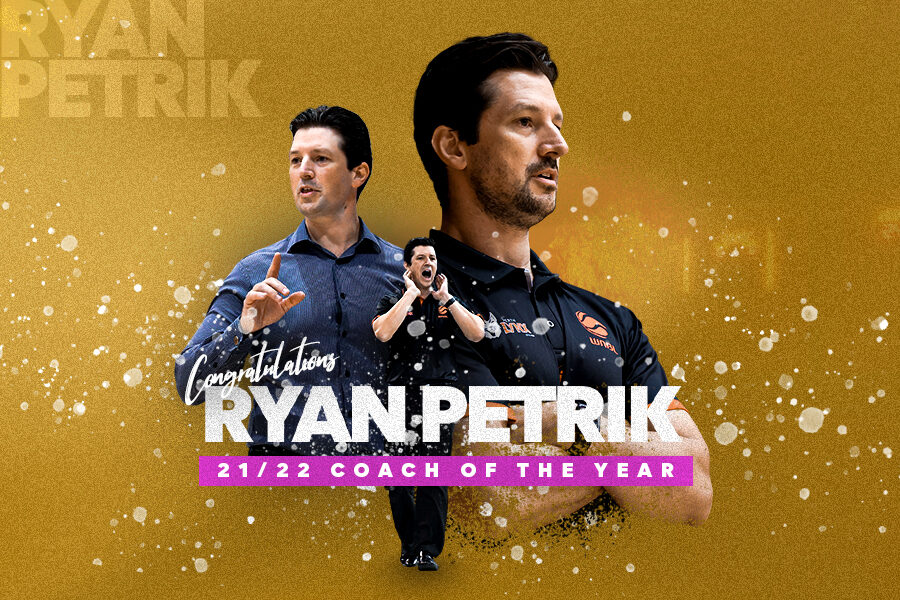 After a challenging season across the board, Perth Lynx’s Ryan Petrik has been named the WNBL 21/22 Coach of the Year.

In his second season in the top job, Petrik has led the Lynx through both a 2020 hub season and a 21/22 season involving a long stint away from home. Despite entering the competition five rounds in, and overcoming challenges along the way, Petrik has managed to coach his team to an 11-5 win/loss record and a top-two finish.

And with a grand final series to come, Petrik’s work is not yet done.

Upon receiving the award, Petrik acknowledges that it takes a village to lead a winning team.

“This league has some of the best coaches in the world, so to be singled out amongst them is very humbling. I was fortunate enough to spend five years as a Lead Assistant studying and learning from them, so it’s a real honour and privilege to receive this award,” Petrik told WNBL Media.

“I know full well that I’m a very small part in what goes on here at the Lynx. I’m surrounded by two elite assistants, an incredible S&C coach, a fantastic support staff, and a front office that makes my job easy.

“But as always, it comes back to the players. I’m very fortunate to be able to coach such a super talented group of players, who play with a real level of joy and enthusiasm. They do the work, they do the winning, and they’ve given me the chance to coach them. For that, I’ll always be very grateful”

Petrik and the Perth Lynx are grand final bound, with game one against the Melbourne Boomers set for Saturday April 2, 5pm local at Melbourne Sports Centre, Parkville.